With more than 80 votes, a plural opinion making and board elections could take place again. The board members Marc-Eric Lehmann and Nasser EL-Ahmad did not run again after their 2-year term. The board member Ulli Pridat stood for re-election and the co-opted board member Monique King did not stand for confirmation at her own request and as planned. Patrick Ehrhardt’s term runs until the ordinary member meeting of the year 2023.

Last week, the board had co-opted women’s rights activist Seyran Ateş for the remaining term of Monique King’s vacant position. This election was overwhelmingly confirmed by the membership. The regular (vacant) positions, three in total, were also elected to office by the membership with large majorities. Ulli Pridat was elected for another 2 years and now joins the new board members Stella Spoon (we want to prevent further deadnaming) and Aron Sircar.

Seyran Ateş, who is part of the bi+ community, also brings her decades of experience in association, human rights and women* visibility. Stella Spoon is a trans woman and activist who founded the organization Queer Trans Liberation, bringing increased focus on non-binary, as well as BiPoC and intersectional issues and communities to the board. Their participation in Trans Pride allows opportunities for mutual learning and support. In addition to Seyran Ateş’s Muslim background, the multi-faith perspectives of all board members will provide a guiding vision of peaceful co-existence, as the new board member, Aron Sircar, also expands the board not only through his family history, but also through his Jewish background.

All 5 people started as a team, in united support. The re-elected board member Ulli Pridat as well as the acting board member Patrick Ehrhardt are grateful and full of joy about this next step and process to more visibility of marginalized people within our community and especially in the board of one of the most important human rights demonstrations in Europe. From the feedback of today’s members, the Berlin CSD e.V. is on the right track.

We would like to take this opportunity to expressly thank our separating colleagues Nasser EL-Ahmad, Monique King and Marc-Eric Lehmann once again. Many thanks also to the entire Team 2022 and the constructive, critical and supportive messages from our members. 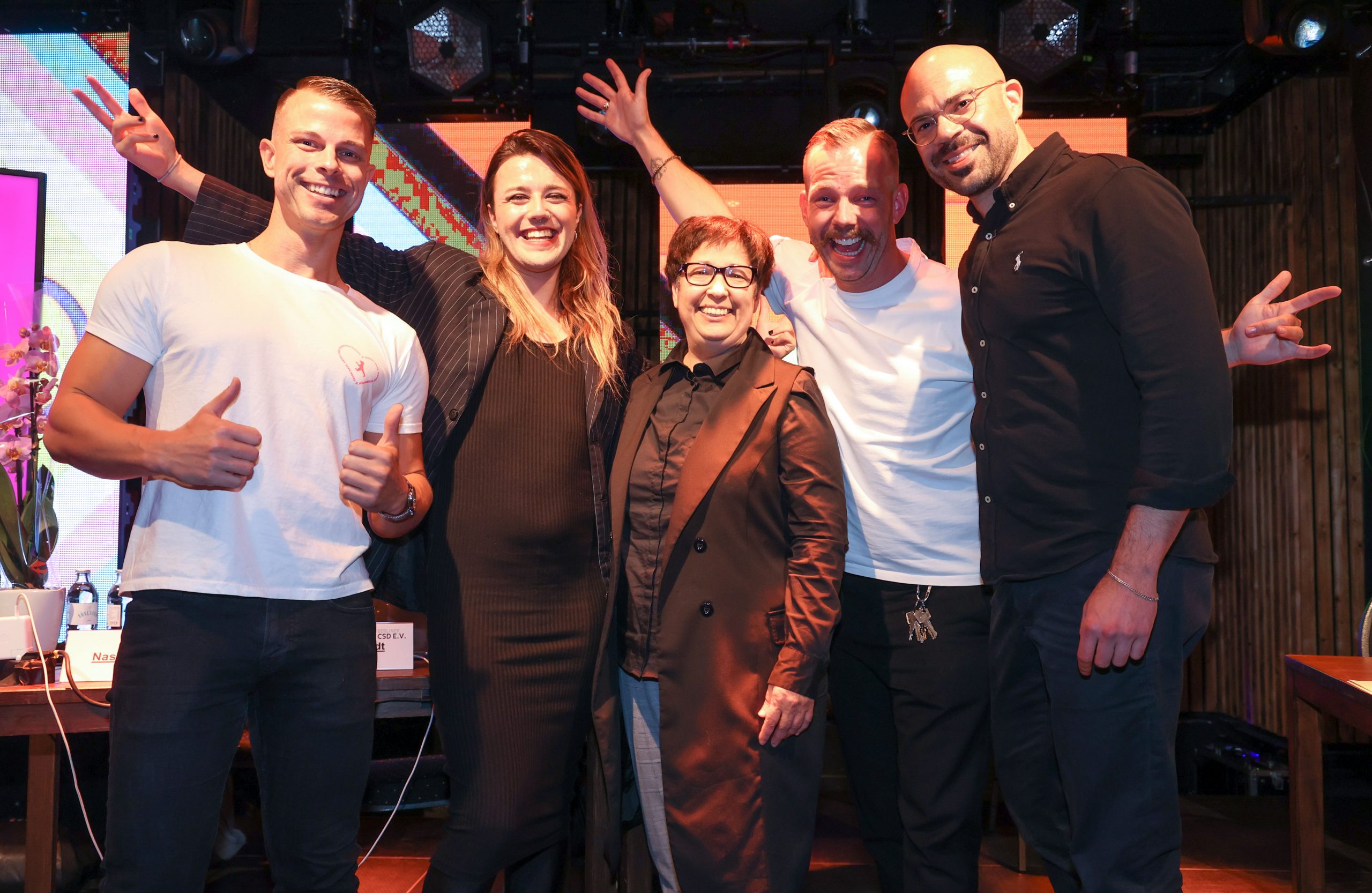