A beer with an opinion: Berlin CSD e.V. and BrewDog brew joint beer

Black with the Berlin CSD logo, white and pink, or completely colorful in the rainbow look? This is the choice that BrewDog Germany and the Berlin CSD e.V. are making for their communities. Because when Germany’s largest social protest marches through Berlin again on July 23, 2022, the Scottish brewery will be in the front row supporting the event. With the joint collab beer “Hoppy Pride,” BrewDog Germany and the Berlin CSD e.V. are taking the popular and worldwide happening as an opportunity to do good together and show attitude.

This is about more than just a beer partnership. The Helle with attitude is not just a fantastic, modern beer with the usual high quality. It’s a promise to work together to strengthen the LGBTTIQA* community. So that not only our fridge, but also our society becomes more open, queer-friendly and tolerant.

“BrewDog and the Berlin CSD e.V. support a great cause with ‘Hoppy Pride’. We are proud to be able to support the entire community with creativity and passion,” says BrewDog CEO Adrian Klie. “BrewDog positions itself clearly, distinctly and permanently for an open and diverse society. That’s why we want to and will raise awareness about diversity year-round – not just for a few days a year.”

“We are one of the biggest socio-political brands in the world. The global demonstrations around the Christopher Street Days and Prides of this world are just ‘in fashion’ for many brands, ” says Berlin CSD e.V. board member Patrick Ehrhardt. “Therefore, we are pleased that we have found with Brewdog a brands, a partner and ally that makes us visible, supports us and also believes in a long-term partnership that supports us and thus the scene not only financially but also in terms of content.”

“Hoppy Pride” has come to stay. The beer is the starting signal for a lasting cooperation between both initiators and their communities. BrewDog and the Berlin CSD e.V. share the proceeds from the sales equally. Each month, a group, association, collective or initiative from the LGBTTIQA* spectrum is supported with financial resources.Corresponding organizations can register now until the end of February with the Berlin CSD e.V. under vorstand@csd-berlin.de. Both parties also hope to be able to win trade partners for the cooperation, which show attitude with the sale of the bright. If interested, BrewDog can be contacted under kontakt@brewdog.com and the Berliner CSD e.V. under office@csd-berlin.de.

Voting on the final design of the collaborative beer “Hoppy Pride” runs until 31.01.2022. Under https://bit.ly/HoppyPrideDE everyone can participate and vote anonymously for their favorite design. The winning design will remain a surprise until March: BrewDog Germany and the Berlin CSD e.V. will then present the Helle with attitude at a joint community event.

Associations, collectives or groups are already allowed to contact us and apply. A selection of the initiatives to be supported will be made together in the core team. Please send your application to vorstand@csd-berlin.de!

BrewDog was founded in 2007 when two men and a dog set out on a mission to revolutionize the beer world. Tired of the uninspiring beer scene in the UK, the two founders, Martin Dickie and James Watt, began brewing their own beer as homebrewers – and getting their friends as excited about beer as they are. Today, BrewDog is the market leader in craft beer and one of the fastest growing companies in the UK. BrewDog’s Punk IPA is the #1 craft beer in the UK and Europe. In 2010, the first investment round of the Equity for Punks crowdfunding campaign took place. An initiative that has now raised over €90 million in multiple rounds – more than ever before in an online crowdfunding campaign. A community of over 200,000 Equity for Punk shareholders allows BrewDog to grow without selling out or its ideals.

Since 2020, BrewDog has been brewing the complete headliner range for Germany, Punk IPA, Pale Ale, Elvis Juice, Kiezkeule and Lost Lager, as well as many specialty bottlings for the German and international markets at the brewery in Berlin-Mariendorf. BrewDog now exports beers to over 60 countries and operates over 100 bars worldwide, as well as breweries in Ellon (Scotland), Columbus, Ohio (USA), in Berlin and in Brisbane (Australia).
BrewDog has been Co2 negative since 2020. This means that the company takes twice as much Co2 out of the atmosphere as it emits. Further information on the “BrewDog Tomorrow” initiative is available at http://bit.ly/brewdogtomorrowde 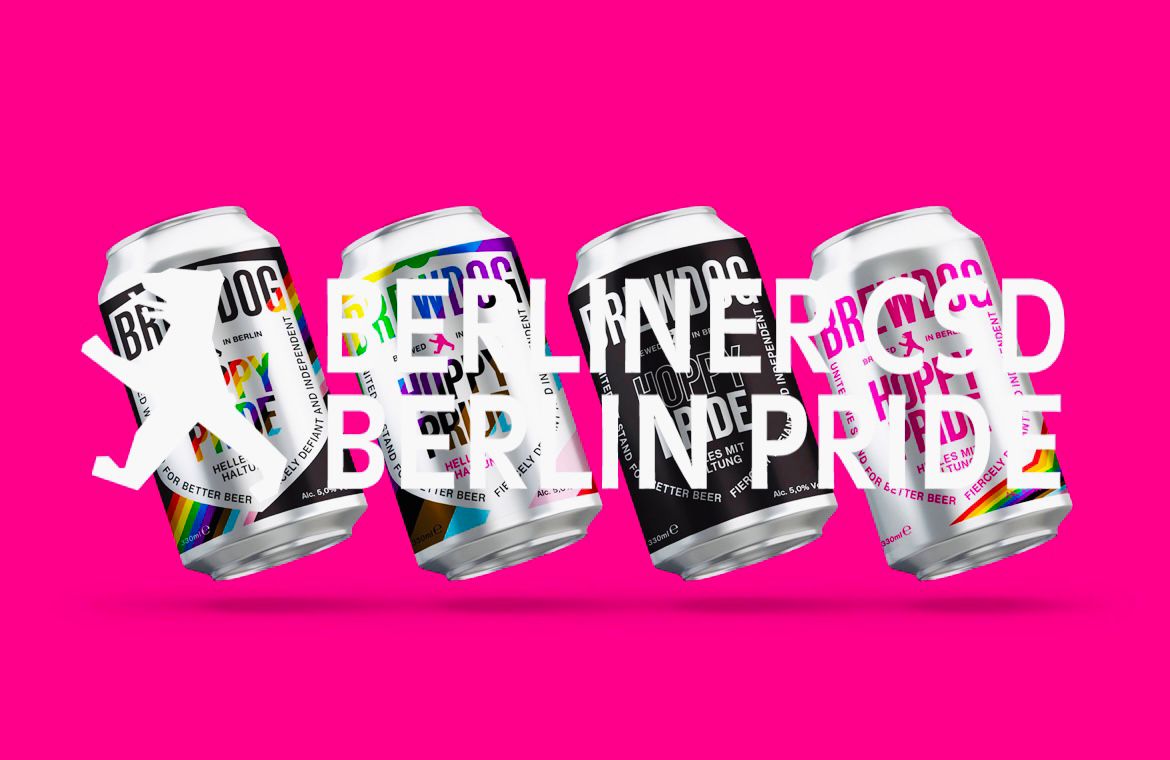 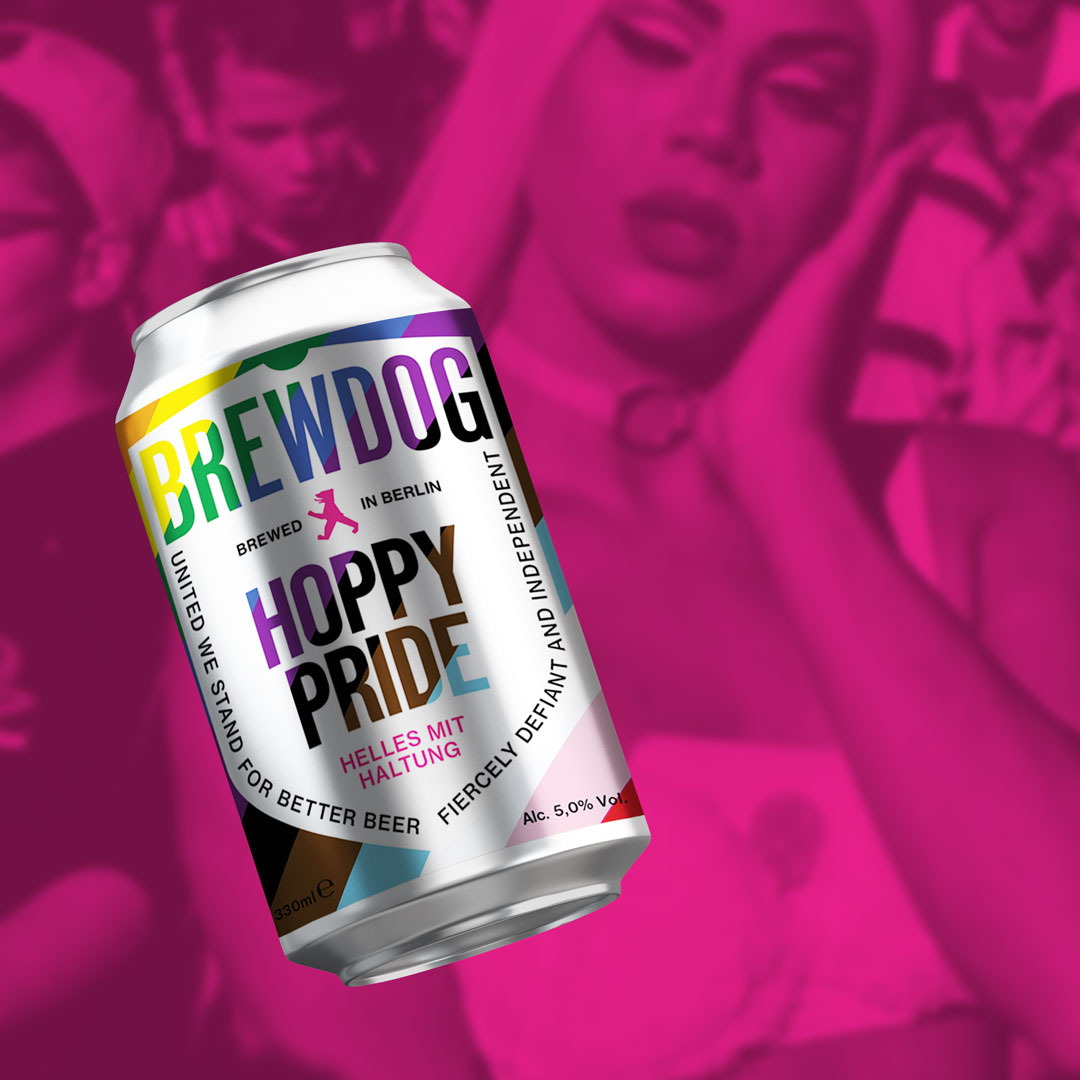 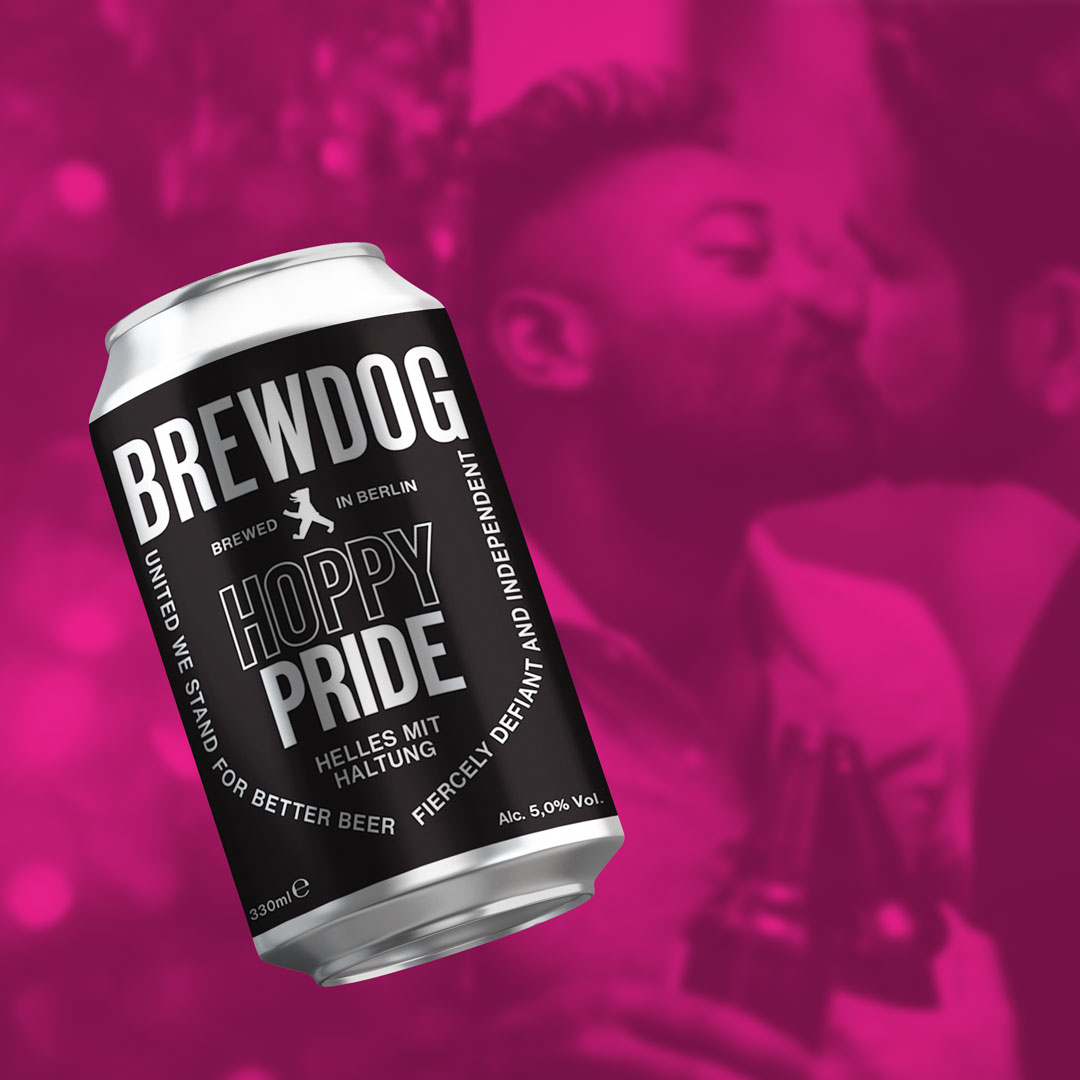 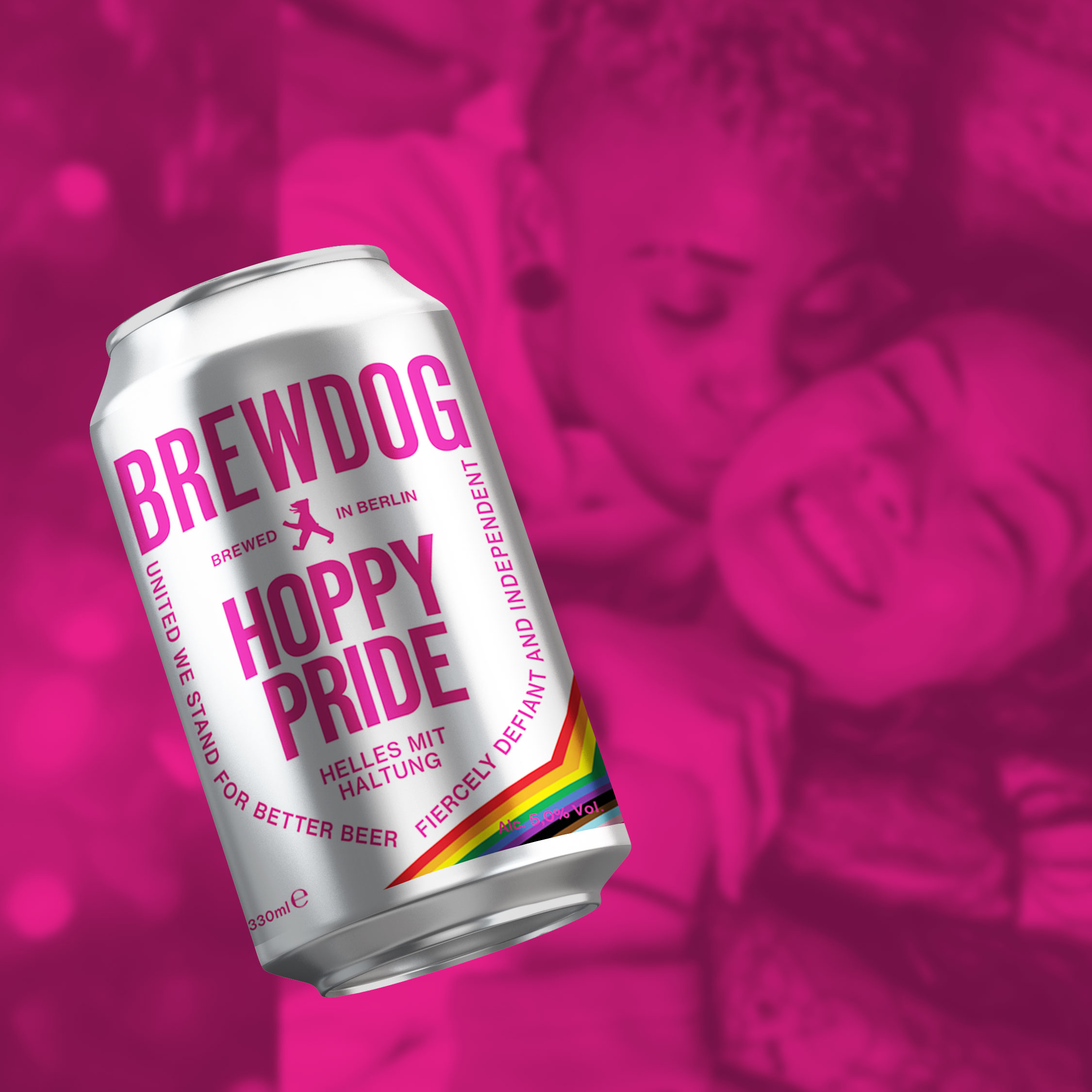 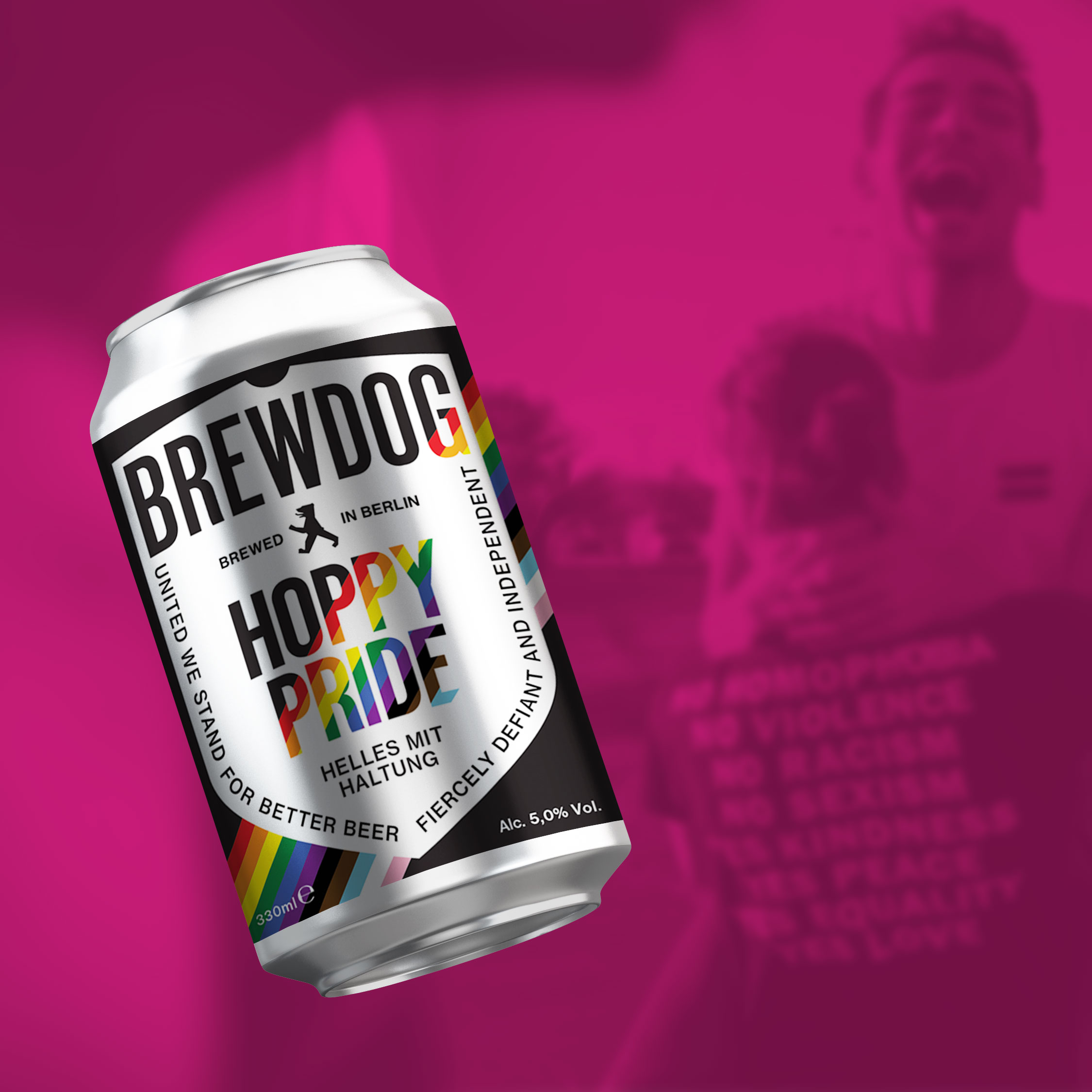