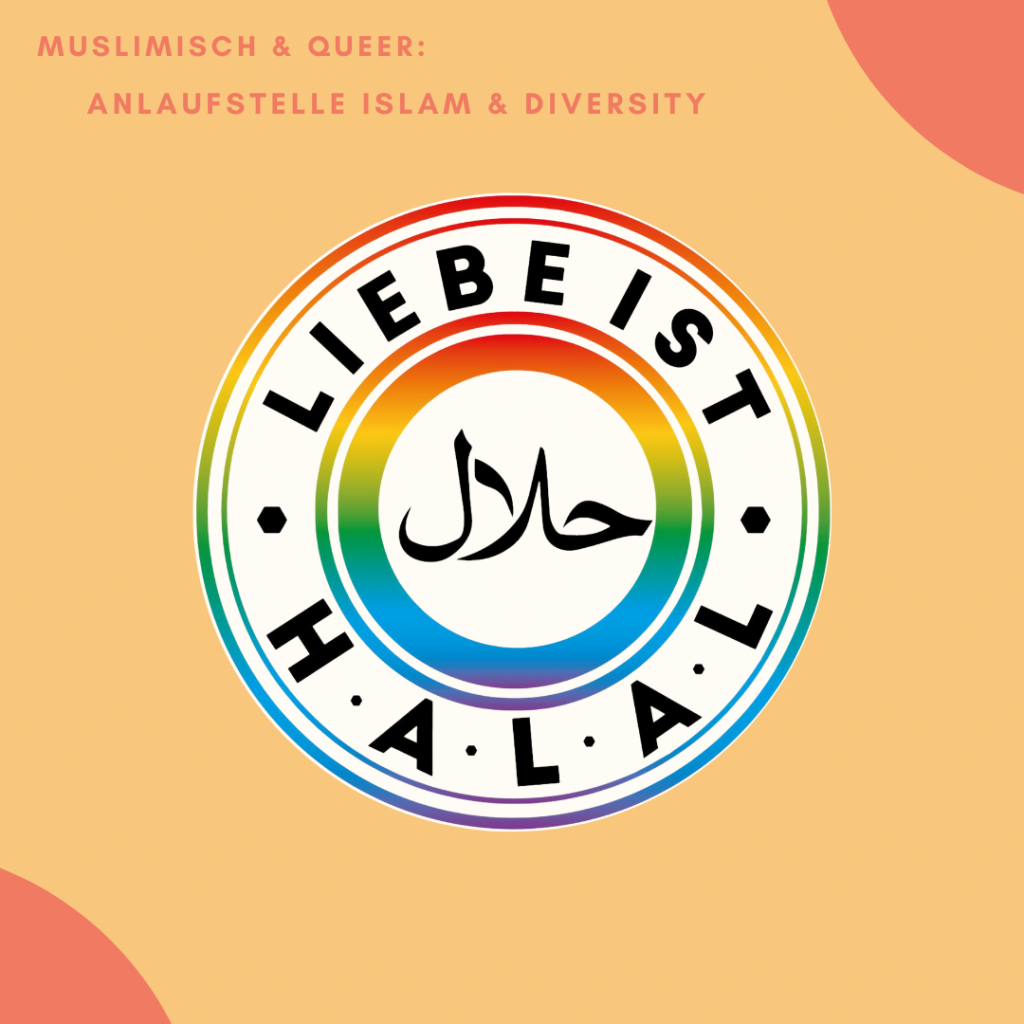 Often, queer Muslims have to balance between ambivalent demands such as the religious views in their environment and their own desired identity and sexuality. Both science and the high demand for counseling at the Ibn Rushd Goethe Mosque show that these circumstances can be associated with a high vulnerability for mental illness and negative consequences for their health. They need to be offered special support and a safe space, which they hardly find in traditional Muslim institutions. For this reason, the Ibn Rushd Goethe Mosque offers special protection and counseling opportunities for Muslims who experience discrimination and life crises due to their sexual orientation and/or identity. The project thus creates a safe space for a neglected highly vulnerable minority and makes an important contribution against discrimination in Islam.

Contact Point Islam & Diversity (AID)
Muslim and queer? Yes, of course! We are a beacon project for sexual diversity in Islam. We offer support for all (ex-)Muslims who face challenges due to their sexual identity – be it due to their own doubts, be it due to experienced or feared rejection in their personal environment. Often, non-heterosexual Muslims are exposed to hostility and problems, often from their private environment. With our projects, such as queer, Muslim pastoral care for queer Muslim women, we show presence and offer a spiritual shelter. With our educational work, we also want to fight for more acceptance in Muslim communities, but also in mainstream society, so that no one has to decide. Muslim and queer, go together – free of fear and self-determined!

What do we offer?

A workshop, which imparts theoretical knowledge from psychology as well as the examination of Muslim perspectives on queer issues. The confrontation with one’s own life story, as well as exercises based on role plays, enable a reflected application on realistic case studies from practice. We also provide a safe space for exchange. In addition, we will present our work in the premises of the Ibn Rushd Goethe Mosque.