Ukraine Charity Event from and with mit Quarteera 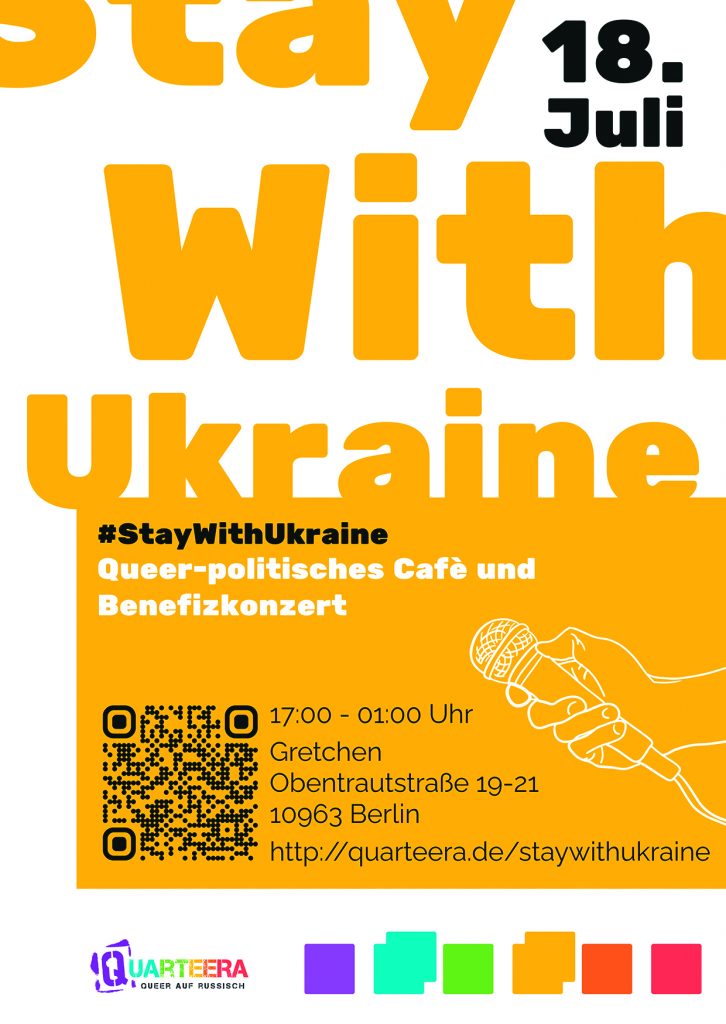 It’s been 3 months since Russia’s full-scale war of aggression on Ukraine. During this time, over 700 LGBTQ* refugees in Germany have been hosted by Quarteera e.V., the nationwide association of queer post-East migrants.
The willingness to help and donate was enormous at the beginning and made this work possible! Together we gave 700 LGBTQ* refugees the feeling of safety.

Slowly, the war is receding from the consciousness of German society and the willingness to help is decreasing. Nevertheless, more refugees arrive in Germany every day. Those who have already been here for two or three months have to build their lives from scratch and continue to need our support. We must not forget the war until Ukraine and thus democracy in Europe wins!

Let us show – we will not let Ukraine down!
On July 18, we invite helpers, donors, host families, political representatives, initiatives, queer and non-queer Ukrainians and all allies to #StayWithUkraine, a benefit concert by Quarteera for queer refugees from Ukraine.

What to expect:
From 6 to 9 p.m. – official reception and benefit concert in the courtyard.

From 9 pm – party with DJs from the Ukrainian queer community.

All proceeds will be used for artists’ fees and to help LGBTQ* refugees in Germany.