EuroPride, an international Pride event that takes place in a different European city each year, will take place in the Serbian capital Belgrade from September 12 to 18. This marks the first time the event will be held outside of the European Economic Area and in the Balkan region.

The first Belgrade Pride took place in 2001; just after the democratic overturn – a hope arose that the new democratic system will finally give the  LGBTI+ community the opportunity to to combat the very negative stereotypes and to show the society that we are not “demons” and “project of the West meant to destroy the Serbian family”, as the propaganda had the people believe. A small group of very brave activists decided to organise the first Pride in Southeast Europe. On that sunny day in June of 2001, about a hundred human rights activists joined together in the Republican Square with the hope that they will wave the rainbow flag and show the citizens of Serbia and the Balkans that LGBTI+ people exist, that we are just like everybody else and that we deserve basic human rights.

What happened was for from what anyone was hoping for – hundreds of hooligans and far-right extremists descended upon the square and brutally attacked all the participants of the Pride, savagely beating up everyone who didn’t manage to get away. The police was not prepared to protect the event and only a few police-persons were present. The shocking images of violence that ensued in, what we now call “Bloody Pride” was broadcasted live on TV – at that time, I was 7 years old and I was watching the coverage with my parents. I was very lucky to be born in a progressive and tolerant family and I can still remember my parents being horrified by the scenes they were watching on TV; they explained to me that the people who were attacking the Pride were wrong and that hate and violence are unacceptable. Sadly, growing up in a family that understood the importance of equality and which was accepting of LGBTI+ persons is still not common.

The next successful attempt to organise Belgrade Pride, was in 2010. That year, the police was prepared for the possibility of violence. About 600 activists was encircled by more than 10.000 police officers in full riot gear; the whole city was on lockdown, there were tanks on the streets. On the other side – thousands of hooligans wereclashing with the police in city-wide riots. Chaos and destruction was everywhere – buses were being burned, store-windows were demolished, chaos was everywhere except at the short Pride route. After the Parade ended, all of the participants were driven away by police cars to the outskirts of Belgrade while the police continued to fight the hooligans. Even though the Pride took place, the violence and pure hate are still embedded in the collective memory.

The following three Prides (2011-13) were banned by the government; even though the constitutional court of Serbia found the bans to be unconstitutional – the government went on to ban the Pride. Sadly, the bans were the only things the government did – there were very little attempts to educate the public, there were no significant attempts to arrest the hooligans who were the cause of violence, there were only few steps taken to ensure that dignity of LGBTI+ people will be respected. Even the way they banned the Pride was undignified – they always did it one day before the Pride was to take place, leaving everyone’s hope up until the last moment – just to crush it in a clear victory for the nationalistic and oppressive parts of the society. After the third consecutive ban – human rights activists and Pride organisers have had enough – they went on the street and marched in what we now call “The Midnight Pride”; by doing so – they showed that Pride without violence is possible in Belgrade. It’s important to mention that, even though the Pride Marches faced a lot of difficulties – Pride Week events took place without incident since 2011. A lot of art shows, debates, plays, movie screenings, parties, etc. are taking place city wide every year, even during the Pride March bans. In 2019 (before the Covid Pandemics) Belgrade Pride Week had 82 events during our Pride Week with thousands of visitors.

Belgrade is well known for it’s nightlife and queer nightlife is a good part of it. Queer nightlife has also been quite vibrant, even in times when the Pride was banned – in 2010 for example, there were 4 gay clubs and many bars that were continuously operating. These days, all of the electronic music venues are very queer friendly, along with many bars and restaurants in town and there’s an abundance of queer parties taking place every week in various venues. I started going out quite early – I was about 15 when I went to my first gay-club in 2008; back then – it was quite normal for the hooligans to wait for you after the parties and beat you up, or throw in tear-gas bombs in the clubs. In the past 8-10 years – something like that is unimaginable. Belgrade has become more tolerant and the Pride was a major cause for that. Not only have we raised the visibility of the community and gave a platform to the people from the community to share their stories – we’ve continuously worked with the government and the various institutions on sensibility of their employees and strategies for inclusion of the community; we’ve worked with the government on drafting and conduct concrete actions that aim to combat discrimination of LGBTI+ people in the society as well as trying to find ways to fix some of the manny issues are community is facing.

Ever since 2014 – Belgrade Pride took place without incidents. Even though there still is a very noticeable police presence – no major incidents took place since then. Throughout the years, many celebrities have publicly supported the Pride and the community and a good number of politicians started to advocate for inclusion and equality. Along with more neutral reporting from the media – regular people from the community were empowered to come out and join the Pride. Although we have achieved some advancements when it comes to legislative issues, we still have a long way to go. One of the major breakthrough we had was when we opened the “Pride Info Center” in 2017. We had an idea to rent a small shop in the main street of Belgrade and to open an info point where general public could come and get information about the community and the Pride; also, we wanted to create a place wherepeople from the LGBTI+ community can connect with one another and get informed about the services our partners provide. The idea was to open the Pride Info Center one month beofre the Pride and to close it afterwards. I honestly thought that the place will be demolished in less than 5 days but something completely different happened: there were more than a 100 people coming in everyday and we understood that a place like this is something that we need full time. Next year, we found a bigger place and opened the new Pride Info Center in a bigger venue and have continuously operated it ever since. Throughout the years, we’ve done hundreds of events and thousands of people has passed through it. It became a safe space for many young LGBTI+ people that have nowhere else to go and has become a the only place in town that has a rainbow flag flown in front of it 6 days a week.

With the progression of the Pride March, which now has thousands of attendees and a concert at the end – we decided that we were going to bid to be the hosts fo EuroPride 2022 – not because Belgrade is such a great place for the LGBTI+ community but because it isn’t! We want to use this event to shed light on the serious issues the LGBTI+ community is facing not only in Serbia, but what the community is facing throughout non-EU Western Balkan countries. Even though the situation for the community has improved in Belgrade – the situation in the rest of Serbia and the rest of the Western Balkans is still not good; low visibility of the community, as well as the low level of political will to help improve the position of LGBTI+ persons in the society, has led to a lot of prejudices still being commonplace as well as the level of acceptance of LGBTI+ people in the society still being too low. We hope that visitors from Europe will come out of solidarity and will help us to push our demands forward and show that the European LGBTI+ community is there for us who live in parts of Europe where the community is still facing a lot of issues. Some of the issues are legislative; for example, the government has continuously promised that they will adopt the law on same sex unions – it still hasn’t been done. A very interesting fact is that we have on openly lesbian Prime-minister who has a partner and has a child with her partner – but has rarely (if ever) publicly spoken on the importance of the fight for equality. Another issue is that, even though we have hate-crimes as part of our penal code – only for cases have been labeled as hate crimes by the prosecutors since 2012 – and there are hundreds, if not thousands, more…

On a more positive note – we are preparing a lot of interesting events, a big two day concert will take place on Friday the 16th September and Saturday the 17th September (the Pride march also takes place on Saturday 17th); a big human rights conference will last throughout the week with hundreds of other events to take place. Belgrade is a very affordable city with a lot of interesting sites and experiences. I hope that a lot of people will decide to come, not only to have fun (which I promise they will have) but also to support us. The greater the number of visitors – the greater the pressure is on the government to take concrete steps in the right direction.

You can find more info on www.europride2022.com which will be updated with more information soon. 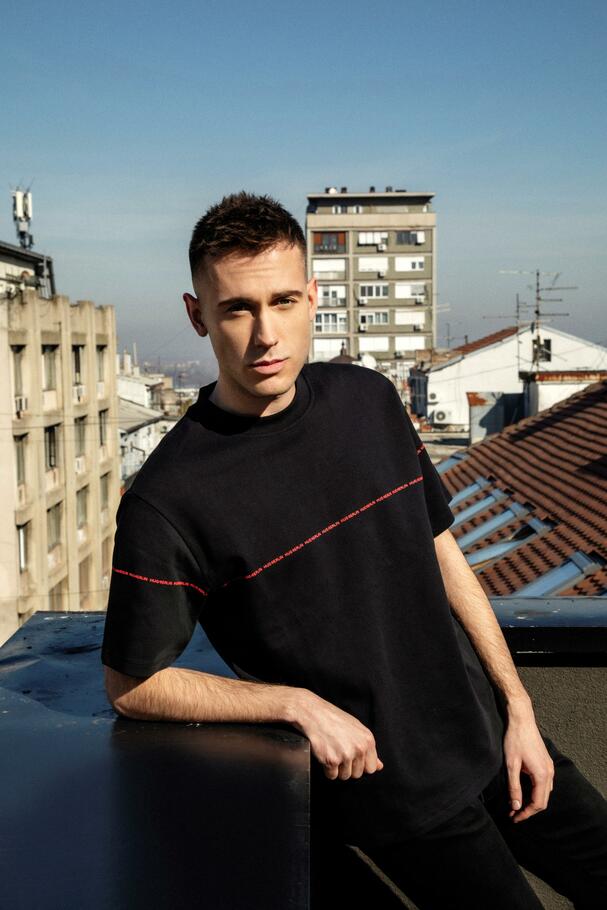 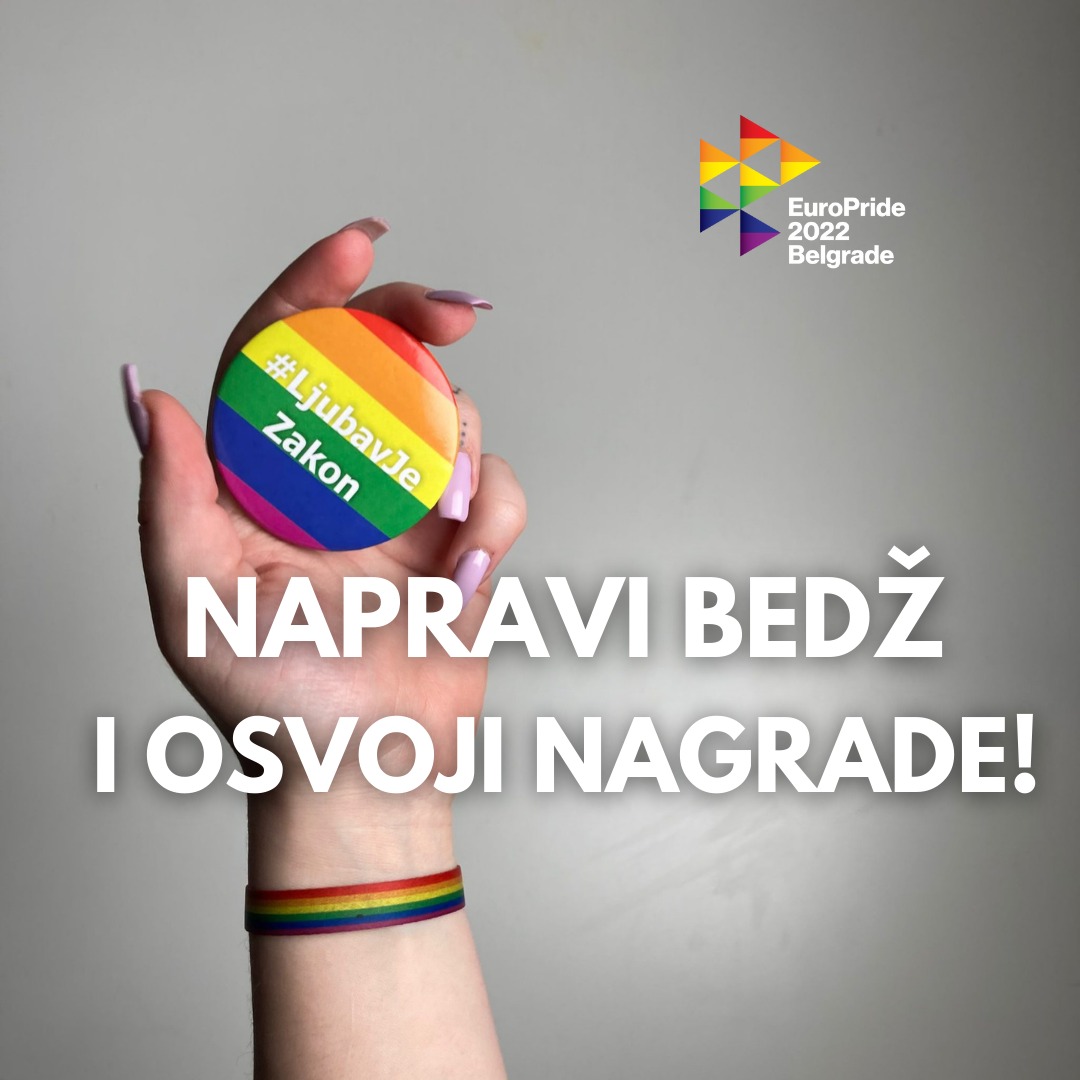 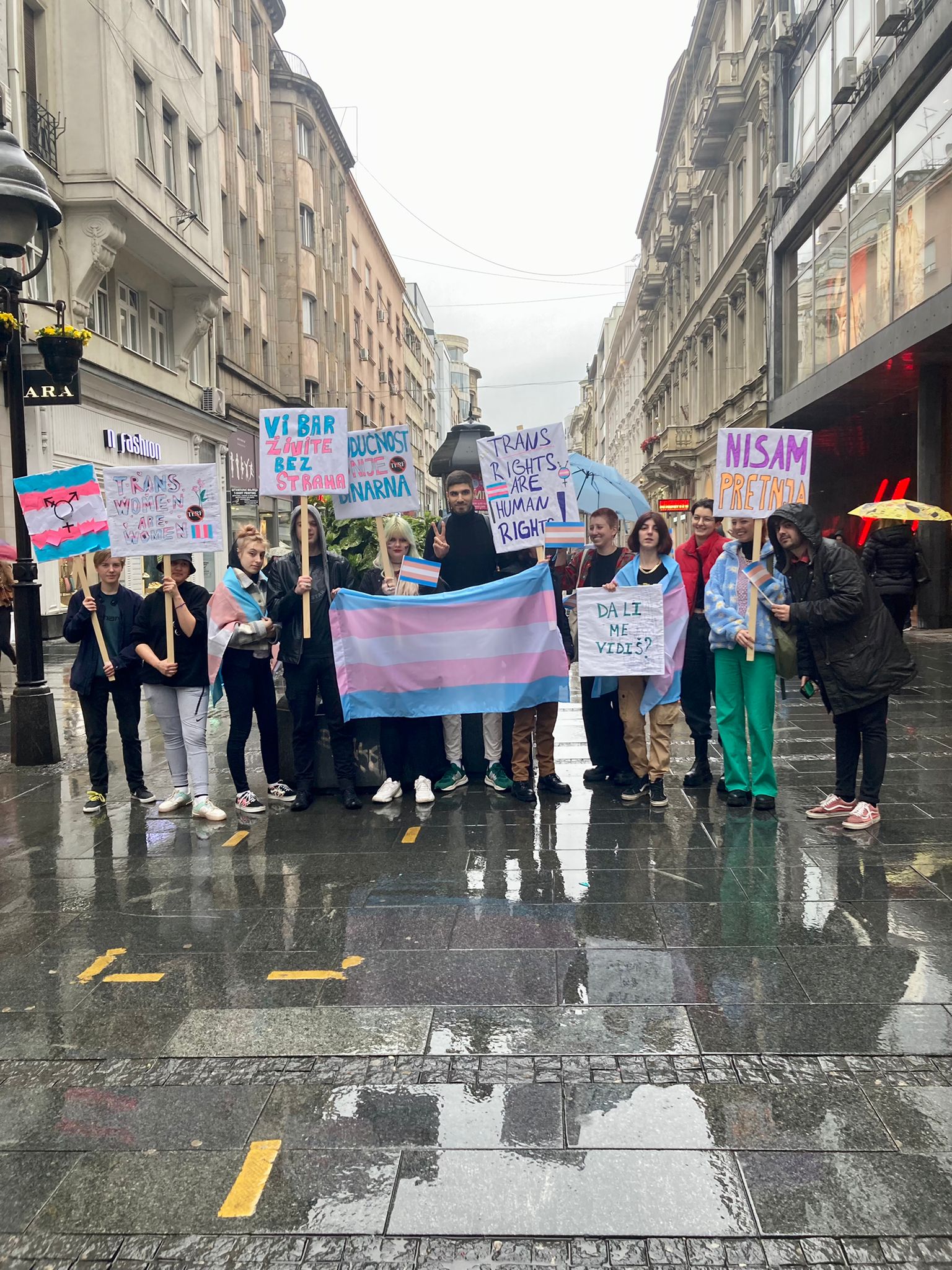