Young filmmakers from Bavaria have released a queer short film. In months of work, in cooperation with various associations and organizations, a work was created, which should set a clear sign for tolerance and freedom in love.

The approximately 20-minute short film was penned by director, screenwriter and actor Michael Christian and was produced by the production firm simonslinse.

The content: For the hostess of a birthday party, this summer night holds a twist she never expected. The new short film “SOMMERNACHTSRAUSCH” by Michael Christian and Simon Fischer deals with same-sex attraction, turning points in life and sexual awakening. Just 14 days after its release, over 50,000 people watched the short film, which has now been submitted to various film festivals. You can currently watch “Sommernachtsrausch” on YouTube at: https://www.youtube.com/watch?v=TH3kCvpUhoY&t=6s 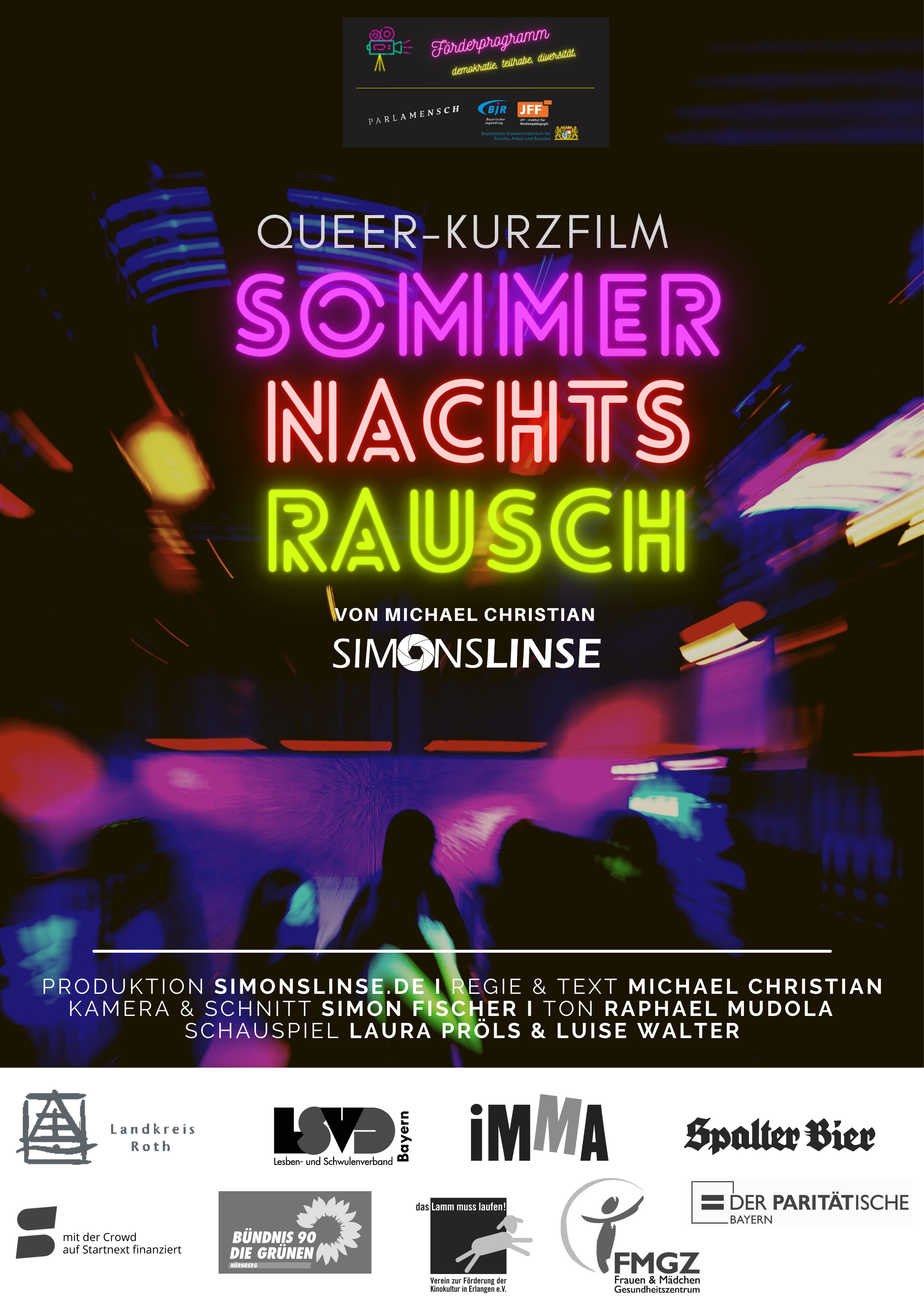