On 30.5. Marijke Höppner, chairwoman of the SPD faction Tempelhof-Schöneberg, invited to the annual reception in the summer stage in the ufaFabrik.

Monique King and Ulli Pridat from the executive committee of the Berlin CSD e.V. attended and discussed with the guests the demands of the CSD Forum 2022.

Other guests, amongst others, were

Iris Spranger, Senator for the Interior, Digitalization and Sports 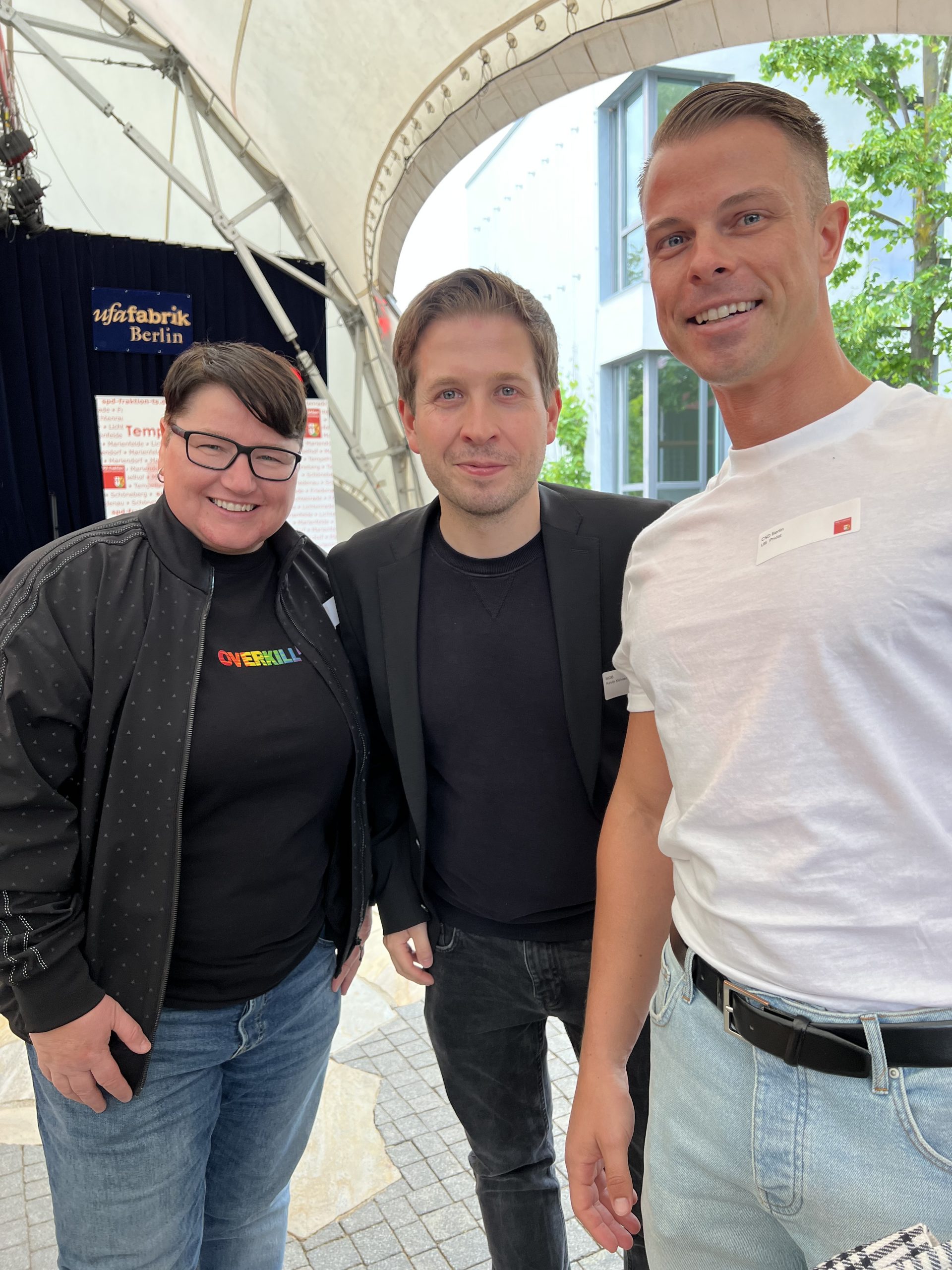 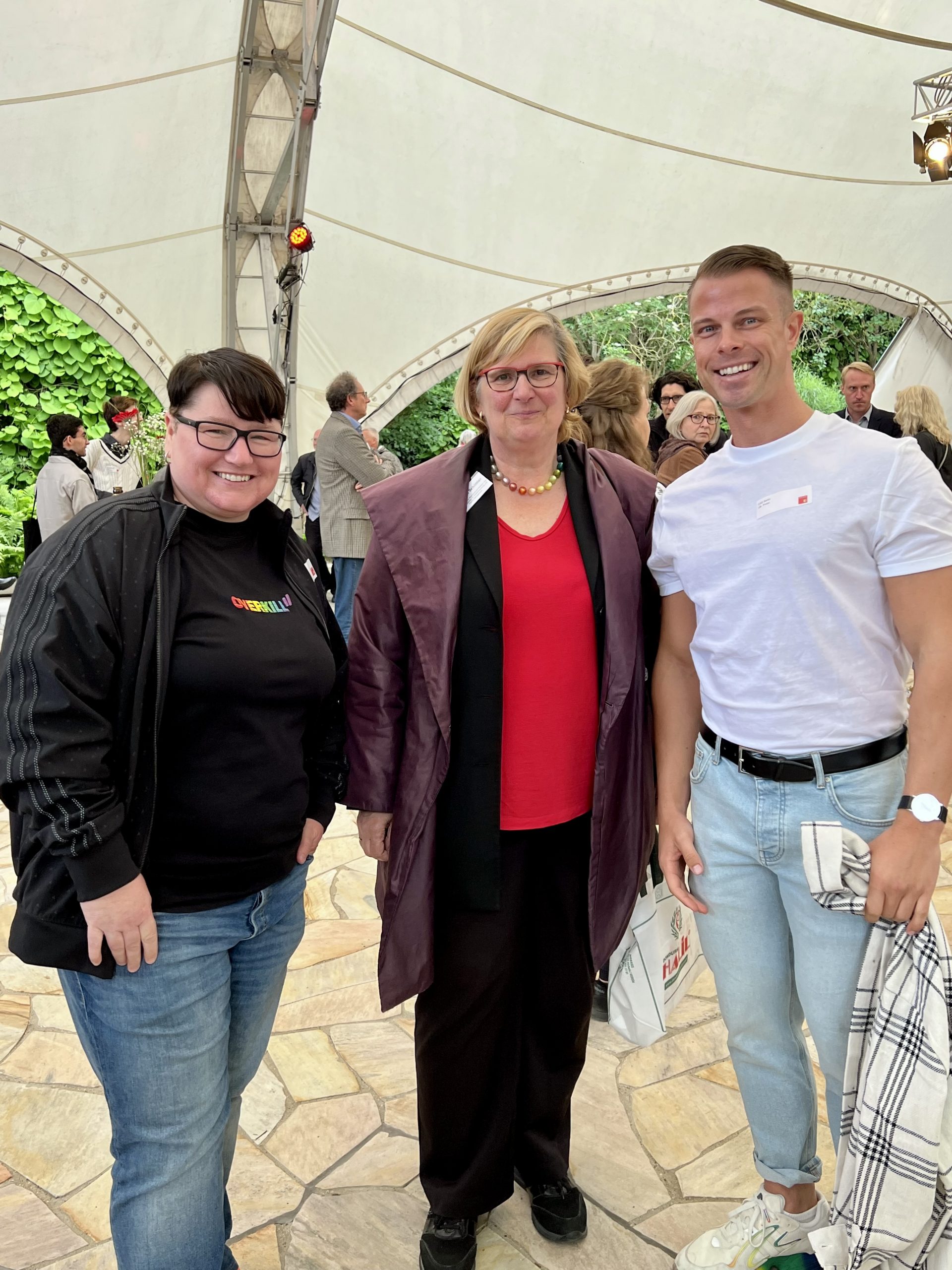