THE PROM – A musical with lesbian visibility

You long for queer role models? For your way of life to be present somewhere?

It is still far too rare to see queer main characters in books, films and plays. Especially lesbian characters are rarely seen.

The weekend before the Day of the Lesbian Visibility the Berliner Stage Company will bring wonderful queer actors to the stage with 𝗧𝗛𝗘 𝗣𝗥𝗢𝗠:

Emma and Alyssa fight to go to their prom together as a couple. Gay Broadway actor Barry wants to help her experience what he was denied in his school days. And they are supported by trans* journalist Olivia Keating.

For more queer and lesbian visibility: The Berlin Stage Company and Band bring 𝗧𝗛𝗘 𝗣𝗥𝗢𝗠, the next modern Broadway comedy to Berlin, in which there may be a lot of laughter, but which is above all also about freedom, equality and love for all. #loveislove 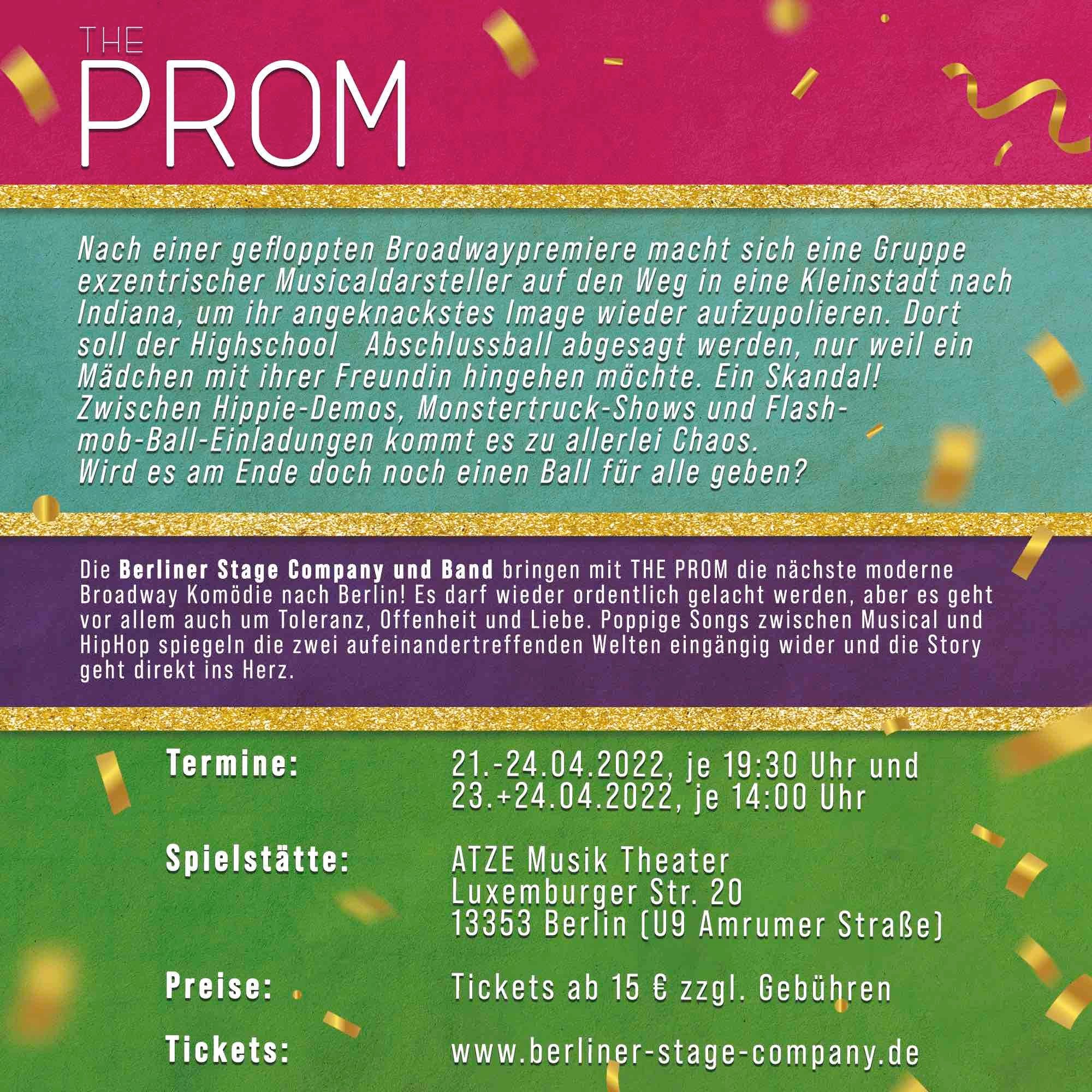 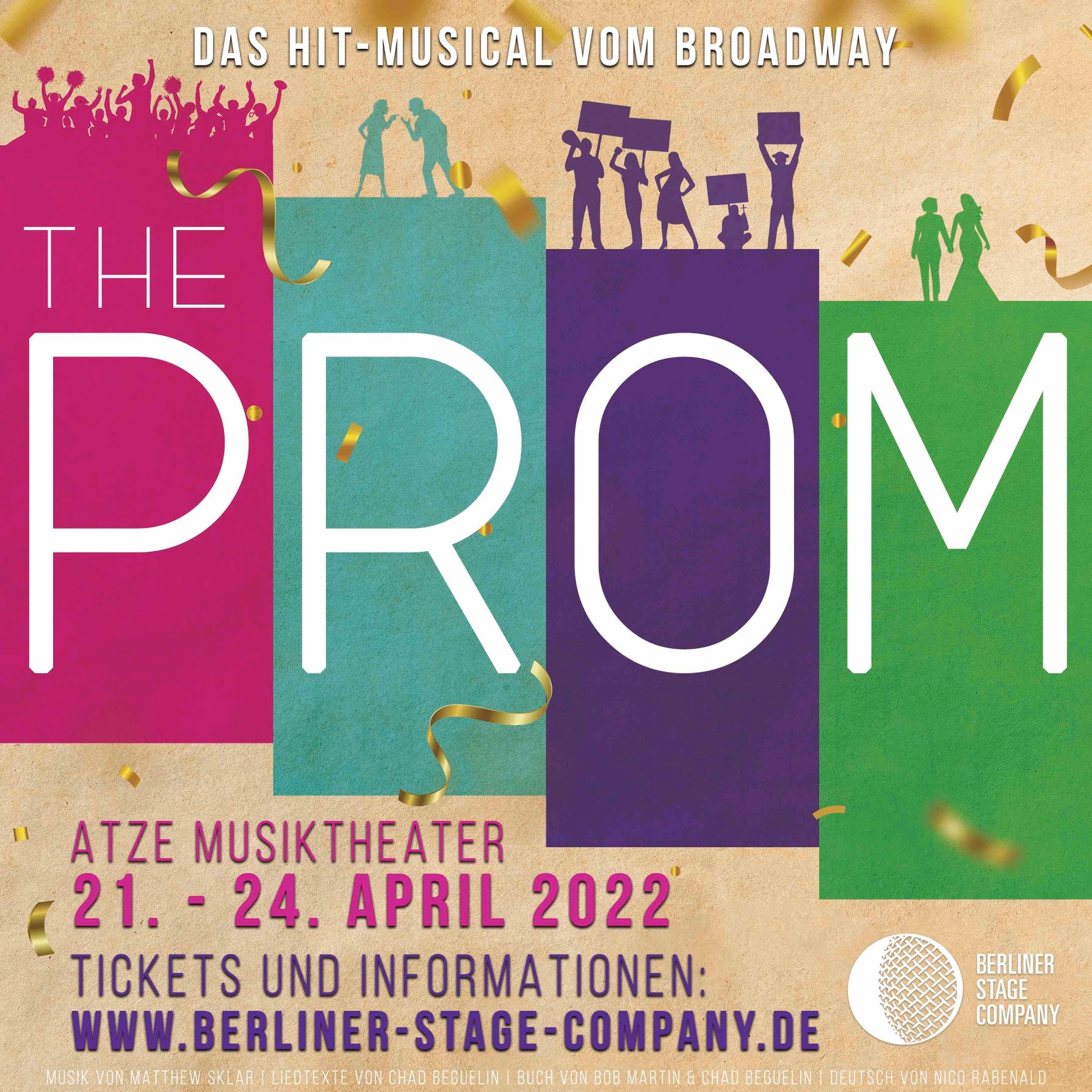