The press conference for this year’s Berlin CSD demonstration took place in the Admiralspalast on Wednesday, 14.7. The five board members gave answers to the questions of the journalists about the demo on 24.7.21.

The program of the five association-owned trucks that will be present in the demo on 24.7. is to be conceived purely from the hand of the Berlin Pride. Therefore, it was important to us to design 50% of the program with speakers. Large parts of the more than 35 speeches will be recorded and digitally extended. Thus, content can be passed on in a barrier-free form for people without participation in the demo. Not every person wants to be a part of a large crowd within the pandemic. New this year is a strong focus on integrating the city’s non-German speaking LGBTIQA* community. An entire float will be held purely in English. Speeches will be held in parallel on all floats at 20min intervals after the opening by the board and Mayor Dr. Lederer.

In intensive meetings of the CSD Forum, together with associations, activists and club members, we have developed 32 strong, meaningful and concise demands. These include not only the local, national and European politicians for more action to call, but also the industries more into the responsibility to take. In addition to the important topics of transsexual laws, blood donation bans and queer-hostile crime, the focus is also on publishing houses for more queer visibility, dating platforms for more educational prevention measures and the cosmetics industry for the abolition of discriminatory product names.

The board informed about the planned end of the demonstration around 5 pm at the Urania. From there, the demonstrators will be able to walk in an orderly fashion to the Nollendorf neighborhood, which the police will close in Fuggerstraße and Motzstraße for the evening and where the Rainbow Fund will set up toilets. The landlords are preparing for the visitors in consultation with the Berliner CSD e.V., the Regenbogenfond and the Stadtfest, as well as the night mayor.

On the other 364 days of the year, we must and want to be visible as a queer community – this also includes our educational mission towards all generations. Together with the Senate School Administration and the responsible Senator Sandra Scheeres, we would like to see where we can take targeted action in the area of inner school. This also includes supporting teachers in teaching content on the topics of diversity, family and sexuality. Continuing, we will also talk with Federal Minister Karliczek, among other things, about teaching and learning materials – a meeting is already confirmed for the month of August, in addition, Sebastian Czaja (FDP – top candidate in the Berlin Senate elections in September 2021) and Sebastian Walter (Green Party) has already been approached for an exchange. In addition to the topics of the education sector, it is also a matter of the heart for us to enter into exchange with many elected officials, offices, authorities, associations and politicians. In this regard, we have already had the opportunity to exchange ideas with the Governing Mayor Michael Müller, Senator Sandra Scheeres, Senator Ramona Pop, Police Commissioner Dr. Slowik, CDU Parliamentary Group Chairman Burkard Dregger, CDU State Chairman Kai Wegner and District Mayor Angelika Schöttler. We want to be targeted and supportive on issues such as education, prevention of violent attacks on our community, funding and federal policy issues. A start has been made, further dates and working groups – also at the federal level – will follow.

Many thanks to the Admiralspalast for making their hall available for the CSD press conference.

Thanks also to Phil Hollister for the pictures of the press conference. 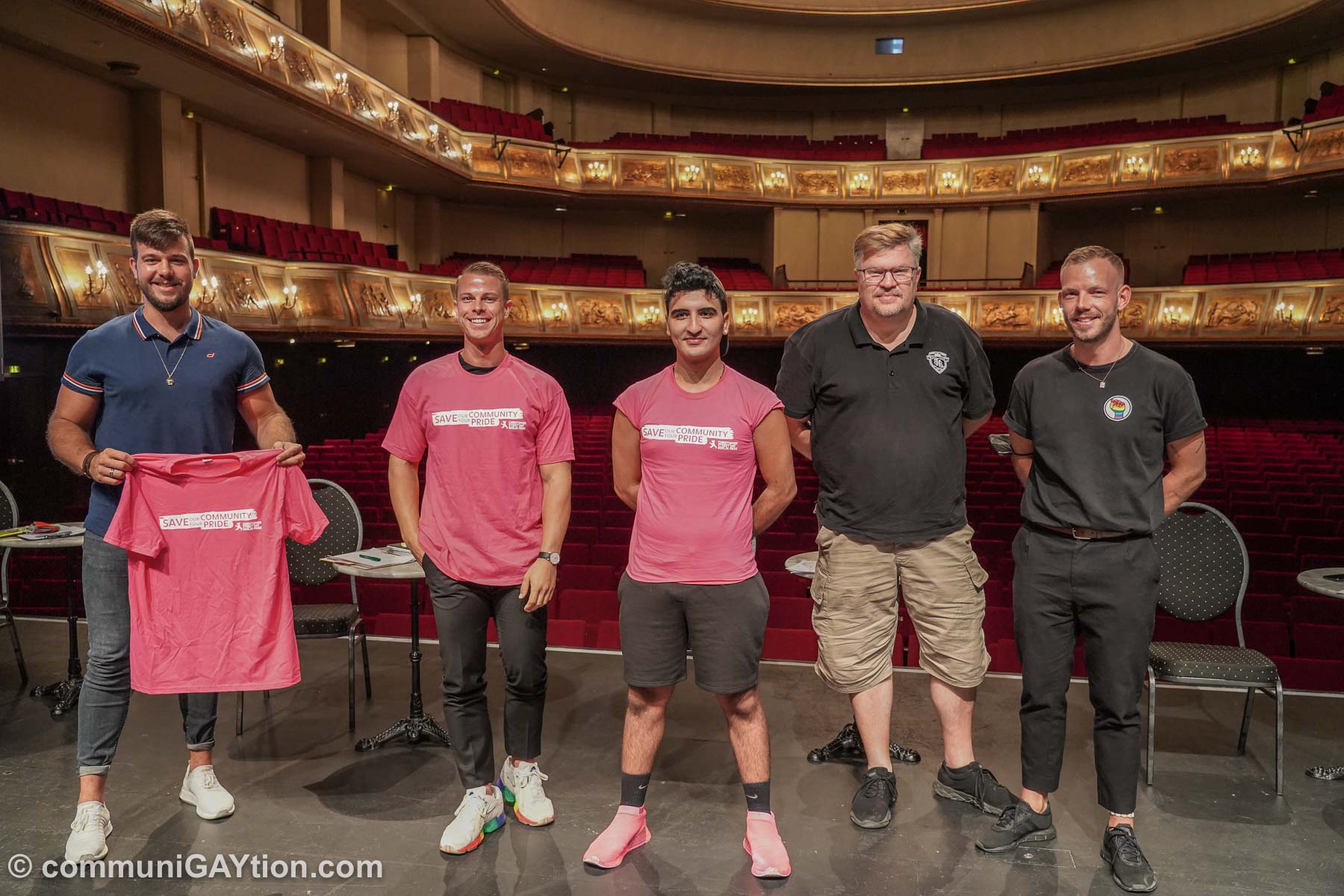 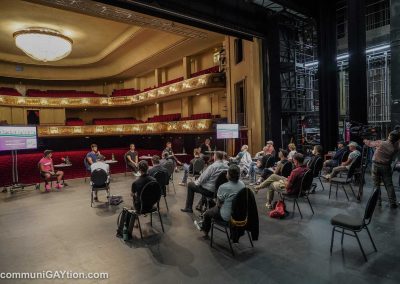 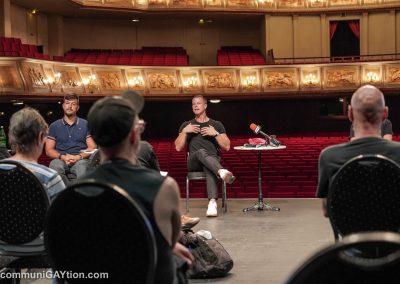 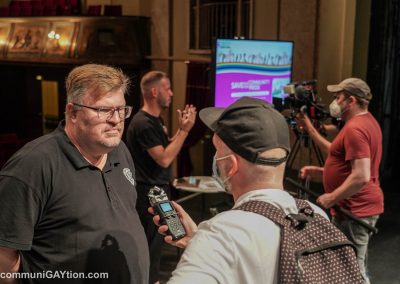 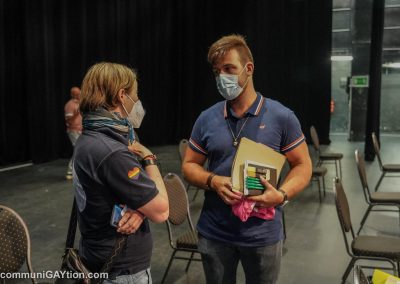 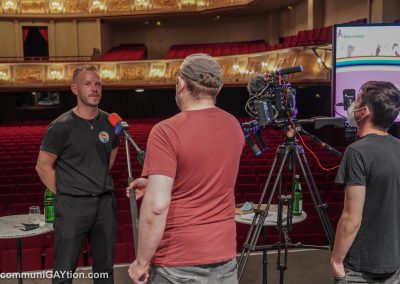 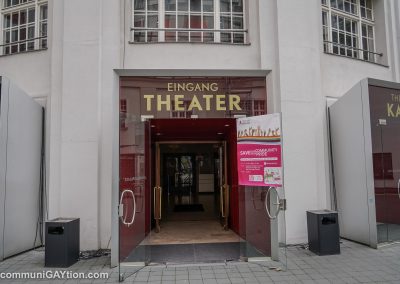 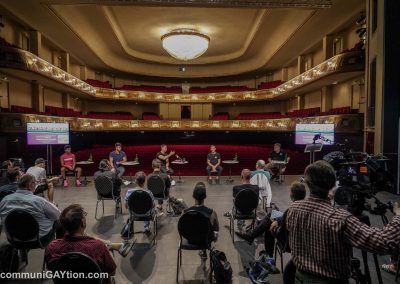 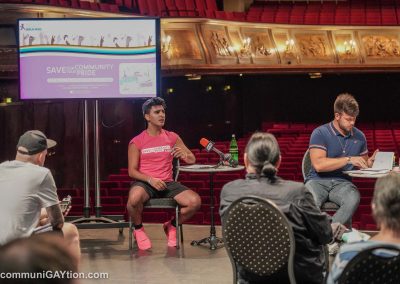 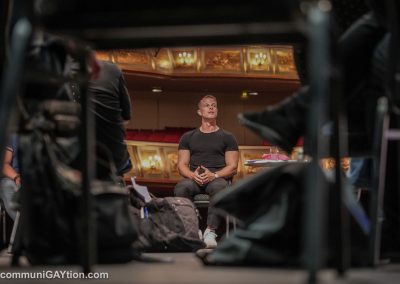 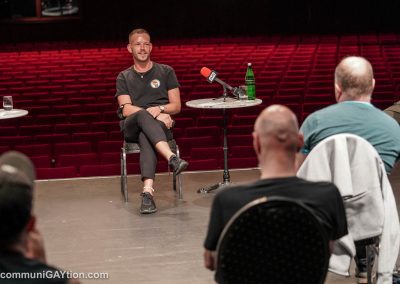 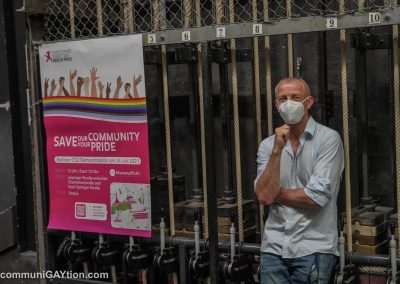 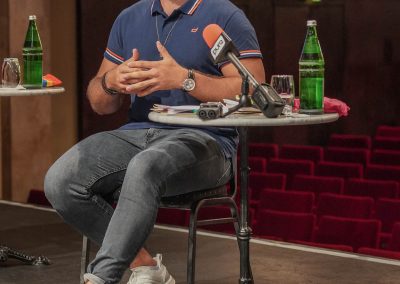 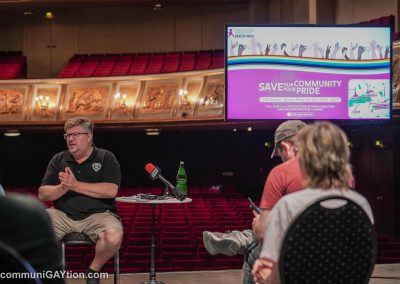 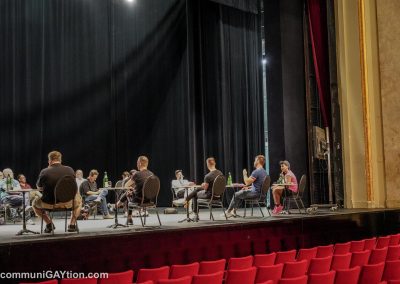 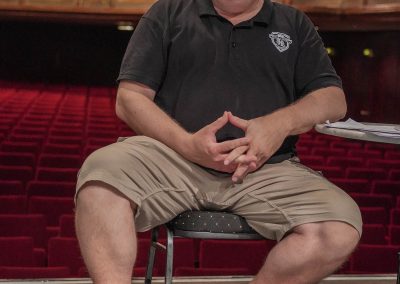