Under the motto “SAVE OUR COMMUNITY – SAVE YOUR PRIDE” the Berlin CSD parades through the capital for the 43rd time.

Due to the pandemic, this year’s demonstration will focus on an almost pure demo with a protest march character. A small number of leadership and speaker vehicles will be allowed by the association, so that this important means for the dissemination of the demands, individual speeches and also musical components is guaranteed.

The demonstration can be guaranteed only under strict observance of the rules of hygiene and distance. The exchange with the authorities, as well as the police is very important. We expect all demonstrators to permanently comply with the mask requirement. And expect that drinks, food or cigarettes are supplied away from the demo route. Out of respect we also understand to avoid the consumption of alcoholic beverages. This consumption can influence the perception or compliance with the hygiene and distance rules. We ask everyone to respect and support this wish.

Any person can participate in this demonstration. Anyone who is traveling without a motorized vehicle may spontaneously join in anywhere in Berlin. You want to walk with a foot group, with rickshaws, bicycles, shopping or baby carriages or just like that or you want to be part of the CSD Berlin with a vehicle? We ask you to send a request to the office of the board and demo leadership.

The meeting point will be the starting zone on Leipziger Straße: between Charlottenstraße and Axel-Springer Straße. The protest procession will move along Leipziger Straße to Potsdamer Platz, where it will turn right in the direction of the Brandenburg Gate. We pass the memorial of the murdered homosexuals of Nazi socialism and the Jewish memorial. The music of the trucks will be silent here. Then the people pass the Brandenburg Gate, and move towards the Victory Column. The procession finally turns onto the route to the Urania and officially ends there.

➢The demonstration participants will be instructed in the following protective measures and rules of conduct in accordance with infection control such as “sneezing etiquette”, classification, distance rules, etc.. For this purpose, stewards will be appointed who will inform about the hygiene rules to be observed by means of information signs, loudspeakers and direct address.

➢ Disruptive participants who are not willing to comply with the following rules or break these rules will be excluded in the course of the meeting/demonstration.

➢ Likewise, loudspeakers and signs will be used to communicate the mandatory wearing of a medical mask in order to reduce the risk of infection for other people.

➢ During the demonstration, all participants can disinfect their hands using the disinfection dispensers provided. This measure is offered by specially marked stewards.

➢ Hospitality with alcoholic beverages before, during and after the demonstration is strictly prohibited. With the help of the stewards, it will be ensured that all participants in clear awareness of the distance requirement and the hygiene rules.

➢ A distance requirement of at least 1.5 meters applies during the entire demonstration. This does not apply to:

– Members of your own household,

The distance requirement of the demonstration participants of at least 1.5 meters is ensured by the following points: 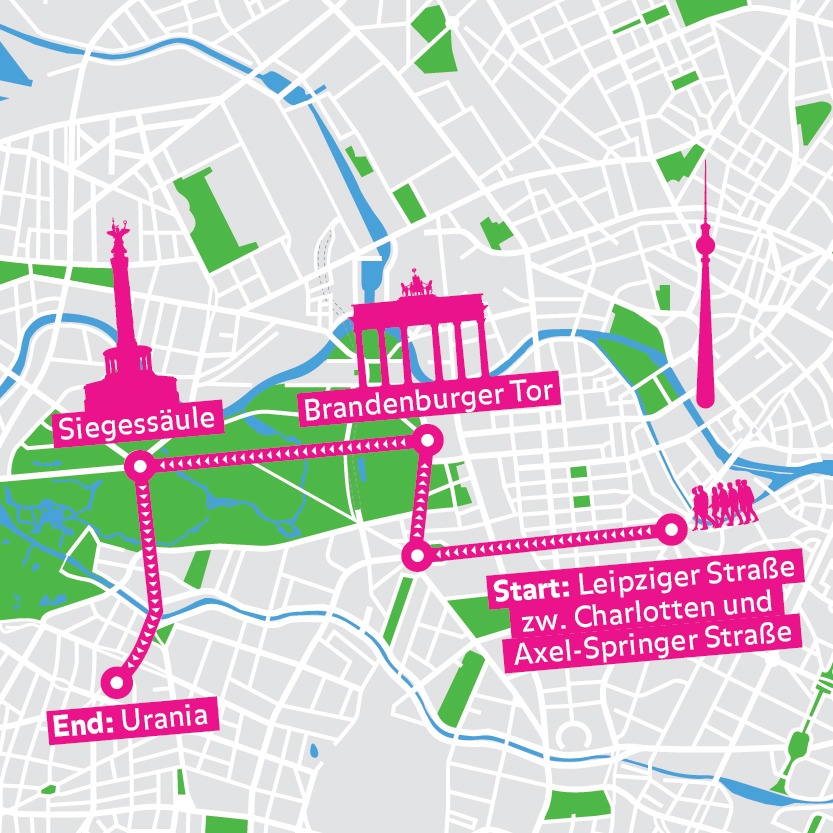 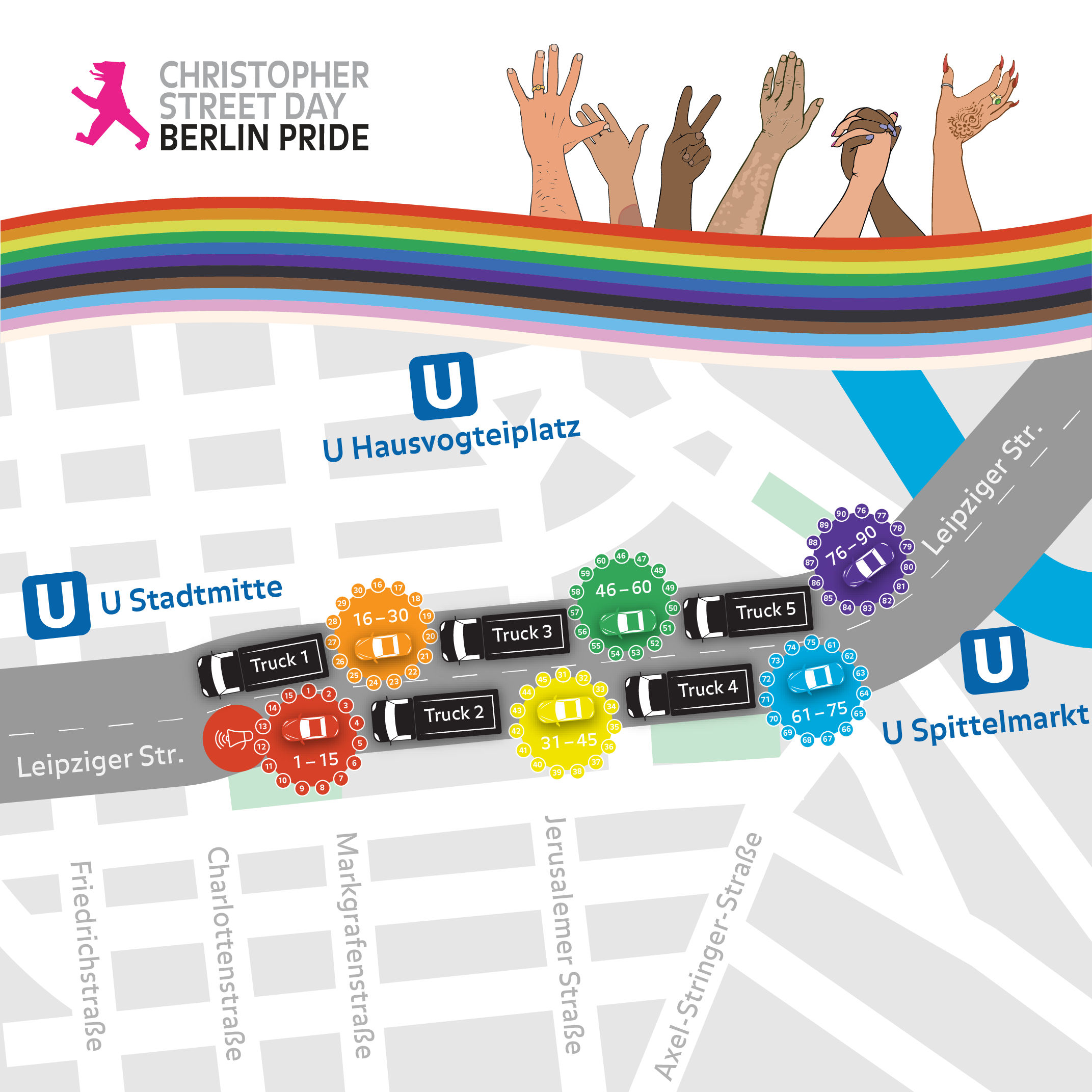 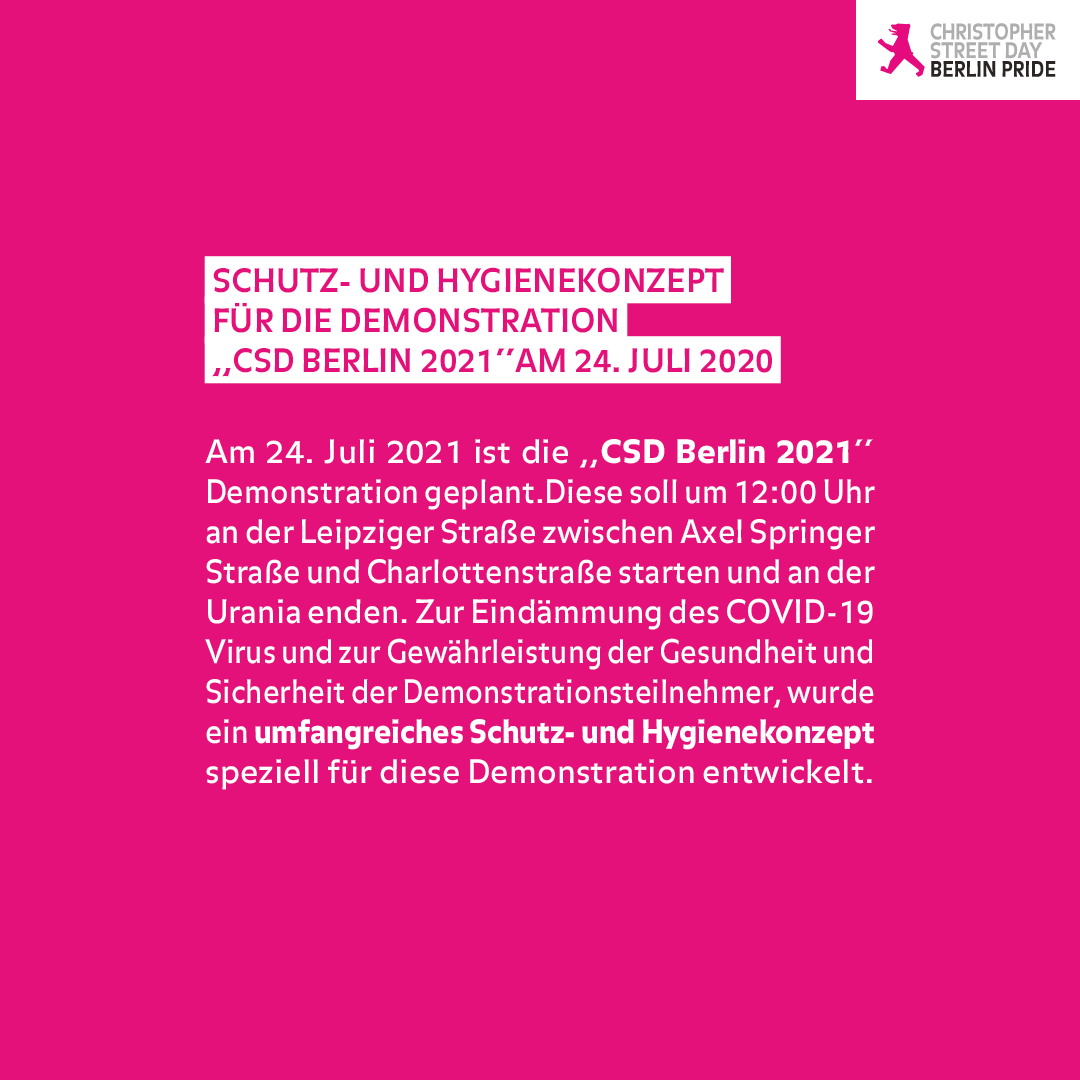 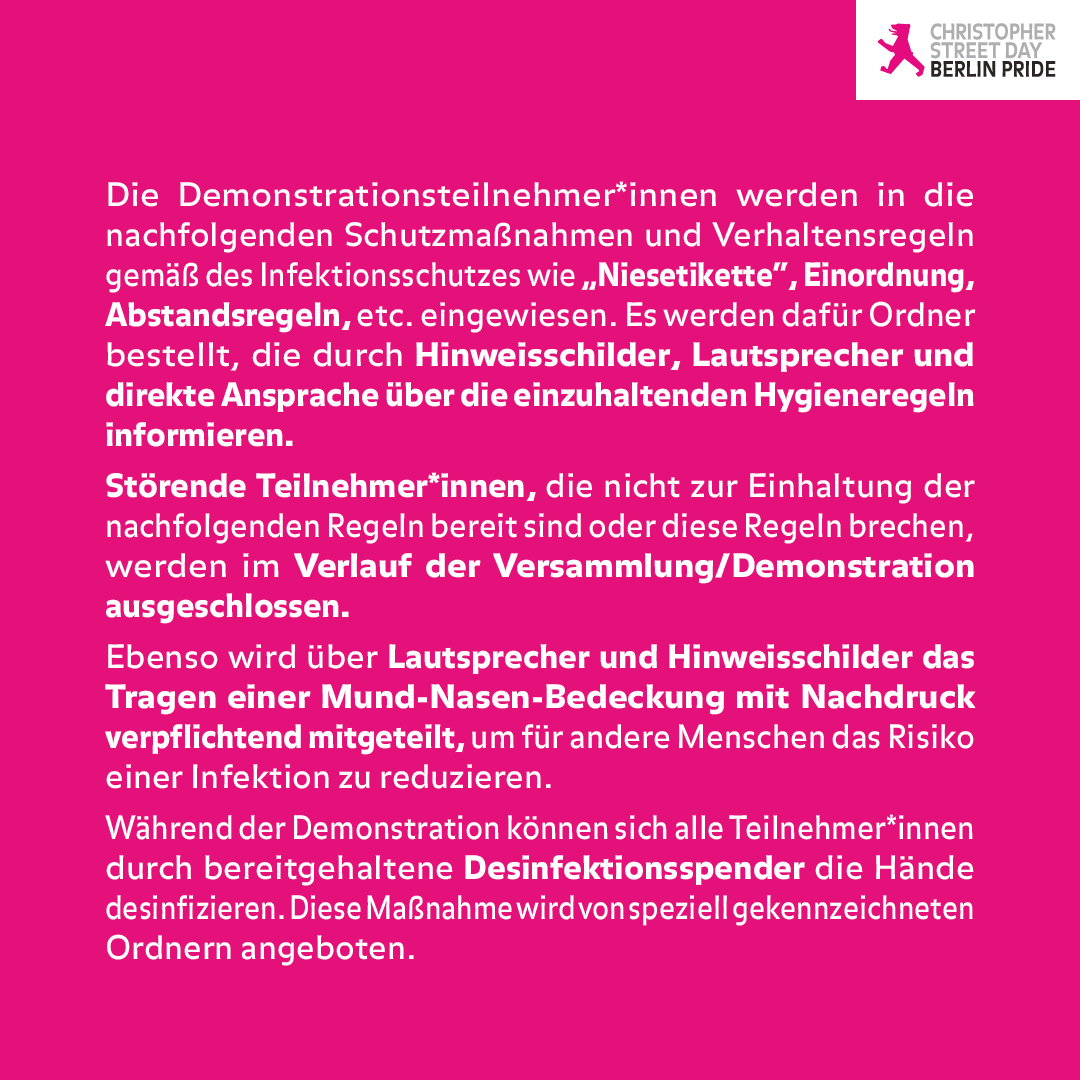 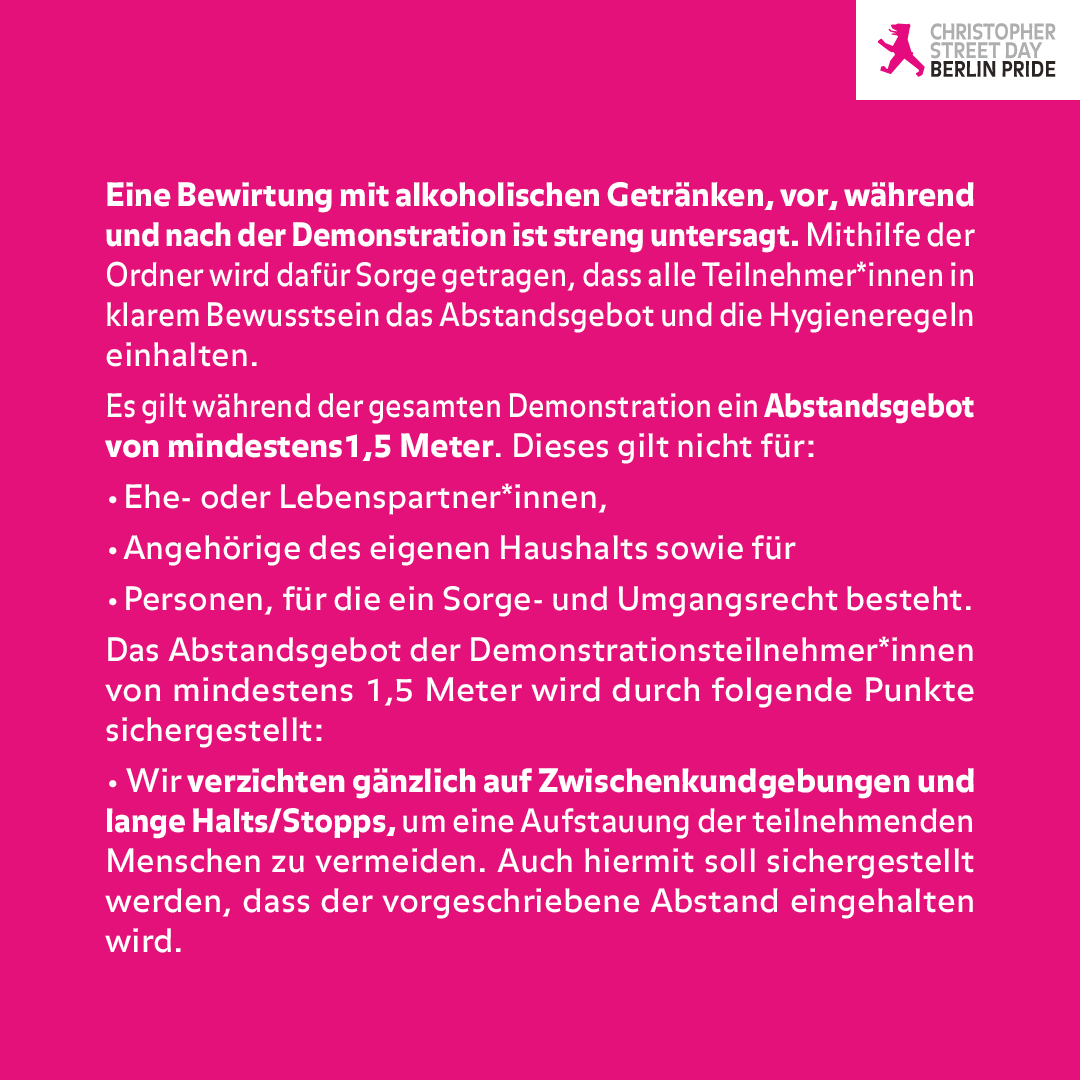 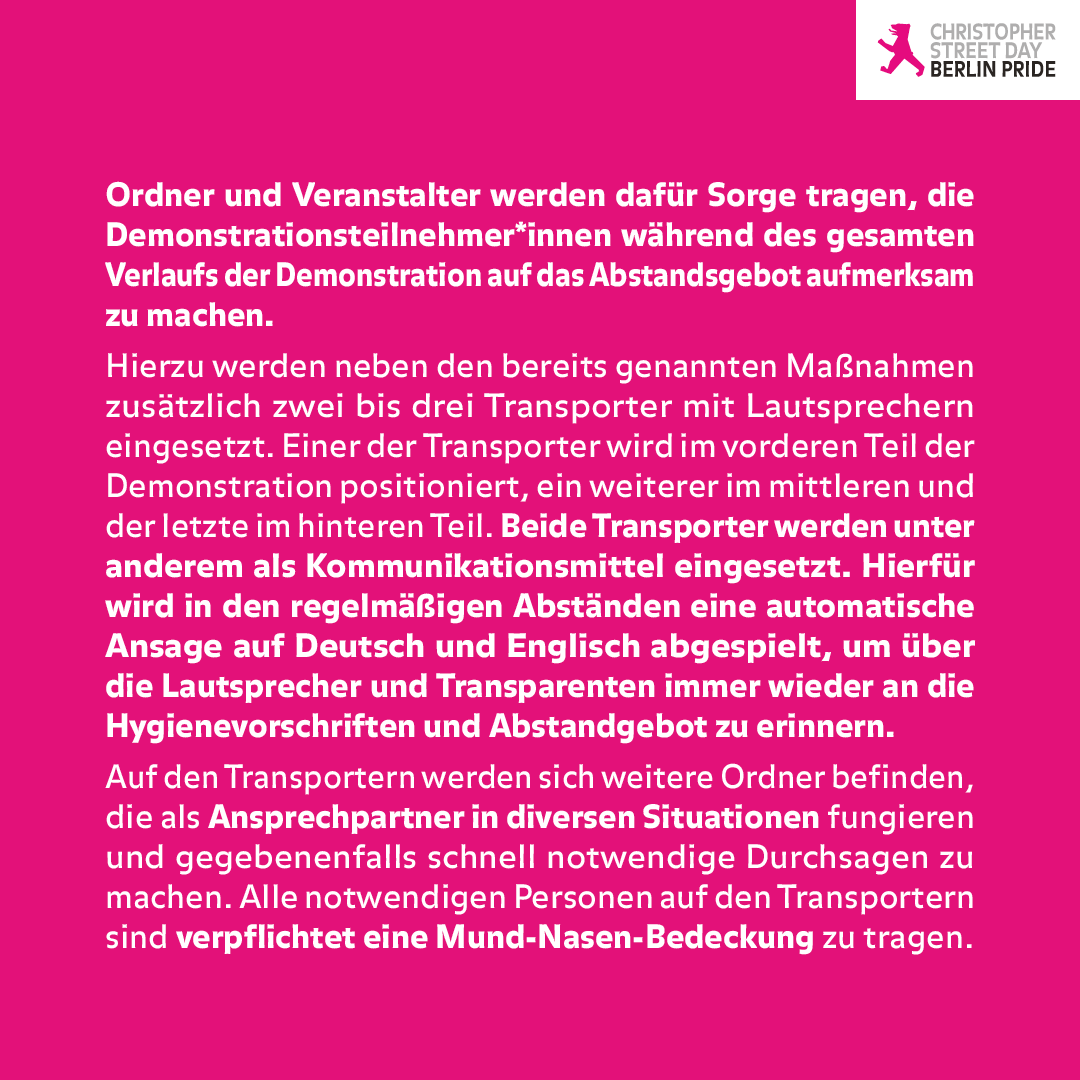 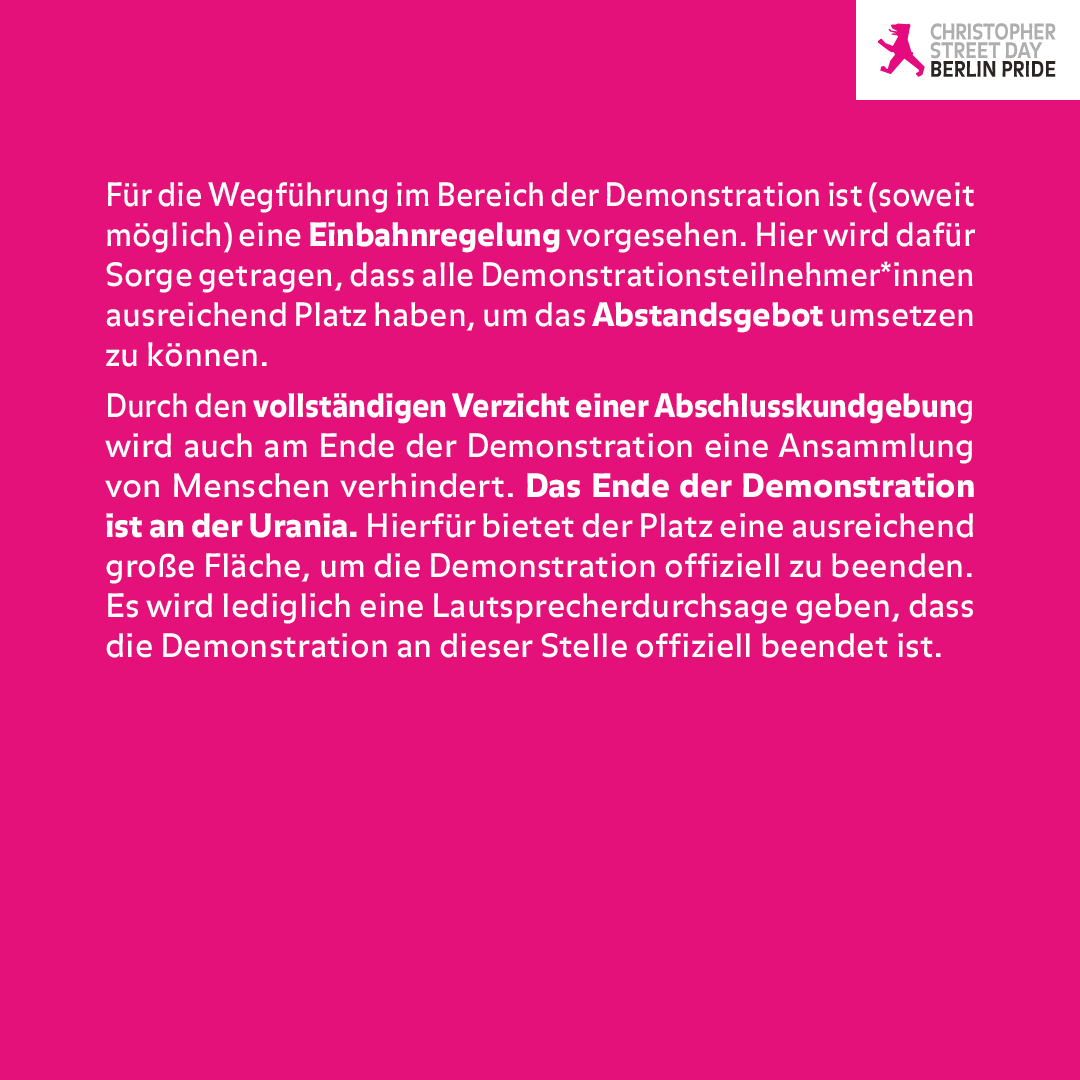