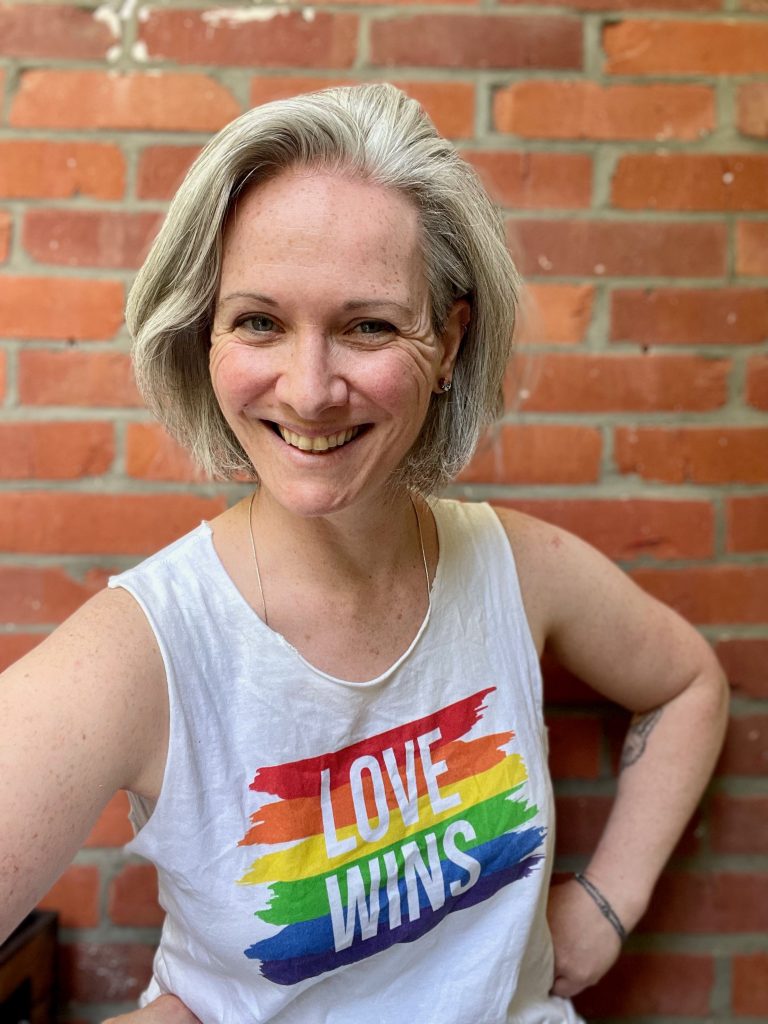 Julia Brasch, born in 1981, has been practicing martial arts since she was 9 years old. In 1990 she started with Taekwondo in Baden-Württemberg. For several years she was an active competitor and claimed various titles at the state level in both form running and full contact. Already in her younger years she was active as a children and youth trainer.

In 2017 she discovered Kung-Fu for herself and trains under Chief Instructor Johannes Isenberg Seven Star Mantis Kung-Fu in Berlin. And is preparing for the black sash. She is an assistant instructor for both children and adult training.
Self-defense is a big concern for her. After all, just because you’re a martial artist doesn’t mean you can actually defend yourself if the worst happens.

Self-defense starts in your mind. As simple as it is difficult.
As a lesbian woman, she knows homophobic attacks from her own experience and how important it is to protect yourself. It’s about defining boundaries and then, in the final analysis, taking action.
Women and girls in particular have greater difficulty defining their boundaries and then taking action as a last resort. The threshold to physically attack and maybe even hurt someone seems to be higher for women, even if it is about their own integrity.

With many practical exercises, conversations, but above all with fun, she’ll convey how to set limits, clearly say NO!, get out of unpleasant situations and in the best case not get into dangerous situations in the first place.